The liveability and attractiveness of a city can be improved by smarter transport choices. A change from car-dependent lifestyles towards less polluting transporting modes, such as cycling, is needed, and cycle highways can be part of the solution. How can governments plan and build the best cycle highways? How can they monitor the impact of their investments and encourage more cycling?

To answer these questions and to come up with a future approach to promote bicycle use, nine partners from North-Western Europe, including ECF, participate in the CHIPS (Cycle Highways Innovation for smarter People transport and Spatial planning) project. In the cycle highway session of Velo-city 2018 in Rio, four speakers presented key learnings from different stages of the development life-cycle. 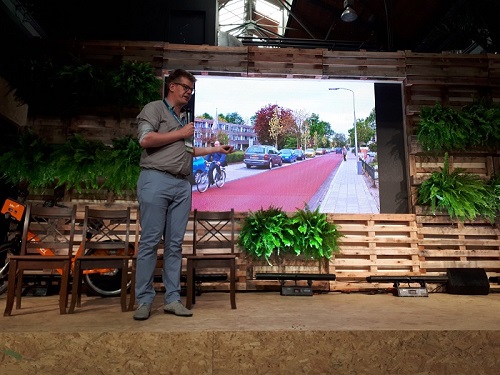 Sjors van Duren from Royal HaskoningDHV started with the planning phase. He stressed the importance of involving different stakeholders in the planning process of cycle highways. He gave a quick overview of different factors – population in catchment area, workplaces, schools, directness, connections with public transport, attractiveness – that you can include in planning a cycle highway. Different factors can have varying importance in different projects and for different stakeholders.

Sjors also discussed briefly the image of cyclists and cycle highways. “’Cycle highway’ might be a very good name to sell the project to decision makers – they like big projects and big names – but when you go to the local inhabitants you need to demonstrate how it will improve their streets, their environment”. 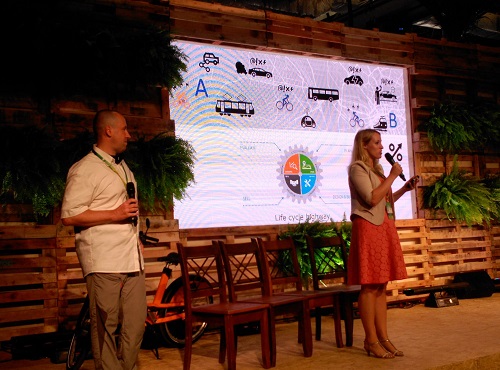 All of those tools have their applications, the right one to choose might depend on both objectives and available resources.

“After you have planned and built your cycle highway, it is time to launch marketing campaigns to attract more users to buy your mobility product: to cycle” – said Carolien Ruebens, ECF Senior Project Officer. A key starting point when creating a sales strategy is of course market analysis. For example, a barrier survey carried out on the Comber Greenway in Belfast (Northern Ireland) concluded that the main barrier to cycling in Belfast was the lack of appropriate cycling infrastructure. On the other hand, the main driver for 57% of those who did cycle were the health benefits of cycling. 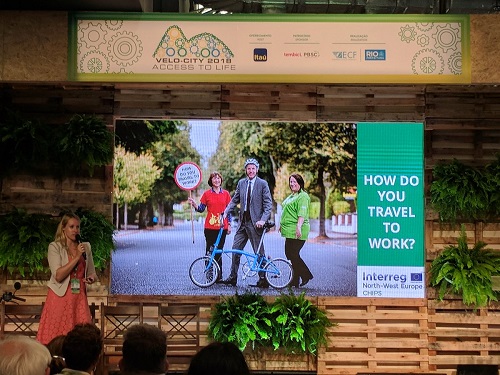 The next important step is to brand your product. Several regions in Europe are now starting to “brand” their cycle highways with a dedicated logo, that also improves their readability and wayfinding.

Finally, 10 behavioural change campaigns were developed in the framework of the CHIPS project with the common aim of increasing the amount of users of cycle highways. For example, a reward schema cooperating with local retails or investments by employers in cycle friendly services at the office will all lead in the end to more users on the cycle highways.

Lisette Hoeke from NHTV presented different reasons for monitoring cycle highways. First, there are different reasons why the decision makers might want to improve the cycling infrastructure – e.g. economic, societal, environmental – and they are interested in quantifying those benefits. Second, you might want to evaluate the quality of the infrastructure, e.g. to identify weak spots that need improvement. Finally, monitoring is a way to learn and understand cyclists’ behaviour – which route do they prefer and why. This information can be used to further improve cycling policies.

There are also different tools for monitoring – manual counting, cycle counters, surveys on route, surveys at workplaces, collecting GPS data from cyclists. In an interesting example from the Netherlands, Lisette explained why cyclists were choosing a route that is slightly longer, but easier to follow and with less interruption. 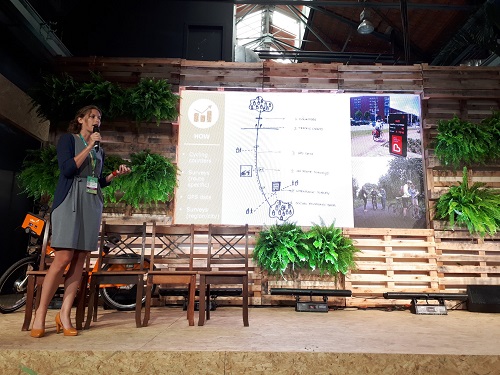 “Knowledge from research provides evidence to decision-makers, which fuels another cycle of development, starting once again with planning” – wrapped up Lisette.

One of the key questions raised in the discussion was whether the concept of cycle highways can be transferred to developing countries, which still have deficiencies in basic infrastructure. The speakers were convinced that the answer is yes. Developing countries also have aspirations, and part of that aspirations can be not only motorways for cars, but also high-quality highways for bicycles.