The F261, the fast cycle route along the Midden-Brabantweg from Waalwijk to Tilburg, becomes the first cycle highway in the Dutch Province of North Brabant with the new signposting. For 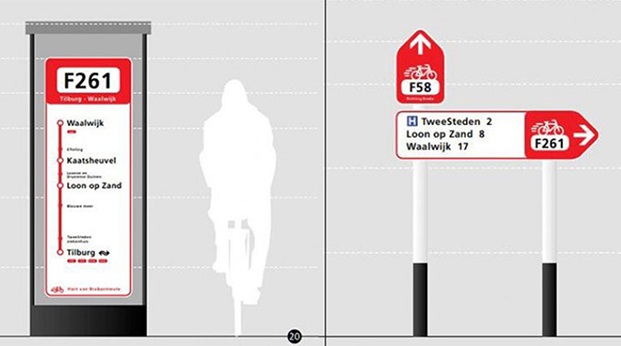 the final selection of the design, 2 designs were presented in the town hall of Dongen. There, the directors of the province of Noord-Brabant, Tilburg, Waalwijk and Loon op Zand signed the official agreement so that the F261 can actually be built in the short term.

The F261 is on the west side of the N261, from Tilburg station in the south to the regional business park Haven in the north. The province of Noord-Brabant and the municipalities of Loon op Zand, Waalwijk and Tilburg joined forces for the new signposting. With the support of the province, the municipalities will integrate the Hart van Brabant route as part of a network of fast cycle routes that connects the larger towns in the province. Deputy Christophe van der Maat and aldermen Jan van Groos, Gerard Bruijniks and Mario Jacobs from the municipalities of Waalwijk, Loon op Zand and Tilburg signed the agreement about the route, the realization and the cost allocation. The F261 must be completed by 2020 at the latest.

Fast-cycle routes are comfortable and fast and make cycling to work a lot more attractive. Employees who cycle are fitter, shorten the daily traffic jams because they leave their cars and contribute to a better environment. For this reason, the province will invest an amount of forty million euros in a network of fast-cycle routes and measures to encourage employers to take the bicycle more often in the coming years. Two fast cycle routes have already been completed and the province has the ambition to have five new routes ready by 2020 and to start another four. 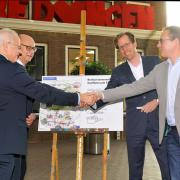 What was missing until now was a unique and recognizable design for fast cycle routes. A design with recognizable marking and information on the asphalt and of course signage. The design agency Mijksenaar developed two concepts for the new signposting taking into account the study carried out by the Flemish Provinces which is now being piloted on the CHIPS cycle highway Leuven-Brussels. Deputy Christophe van der Maat: "This fast cycle route between Waalwijk and Tilburg is the first to be equipped with this new design for signposting in the Province of North Brabant. In the coming period we will test which of the 2 designs is best judged by users. The other routes that we will also get this design. And as far as we are concerned, it can then also be used in the rest of the Netherlands ". With CycleSpex, a Virtual Reality experience developed by the NHTV with support from the province, the new design will be tested. CycleSpex makes it possible for cyclists to 'experience' a planned bike path with 3D glasses as if the new route is already there. 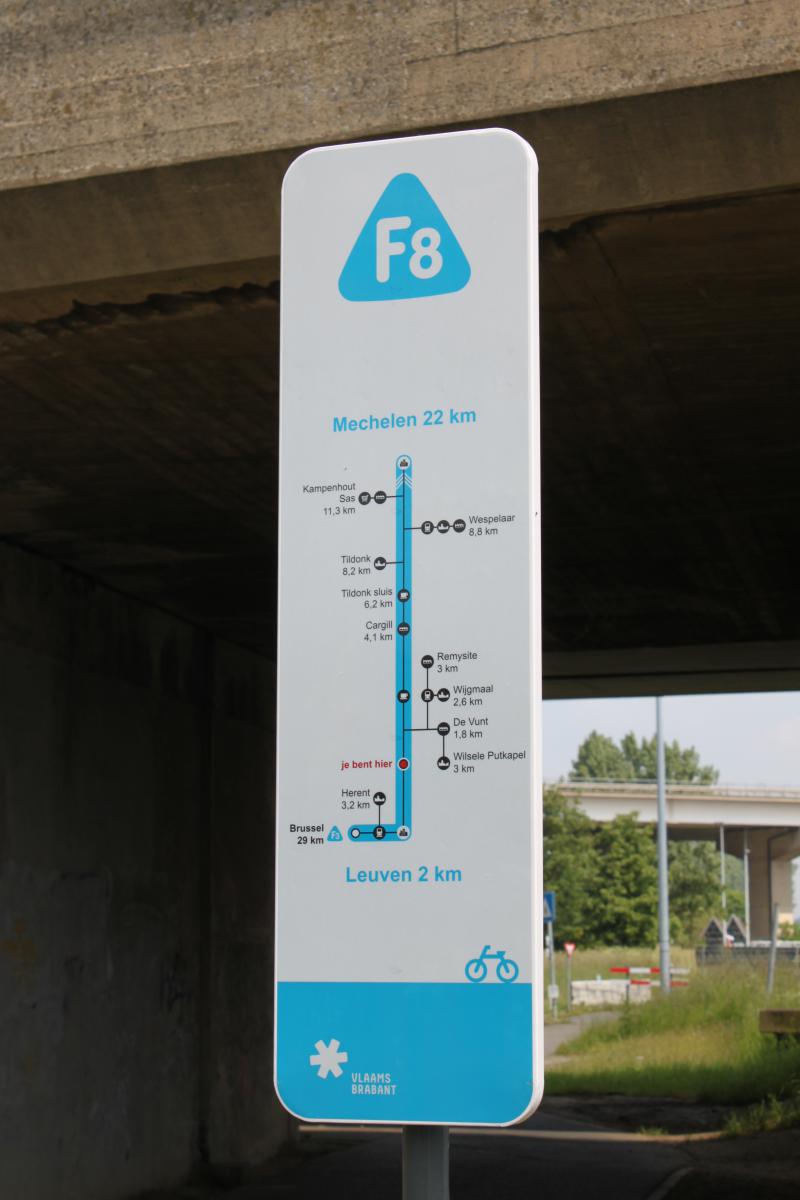 The Dutch cycle highway Midden-Brabantweg from Waalwijk to Tilburg is now the second CHIPS cycle highway to pilot new signposting to improve the readability of the cycle highway. Last year, a similar pilot was introduced in Flanders. The Flemish provinces developed together an itinerary language consisting of a logo, a route column, signage and a unique numbering for each cycle highway. This route language will make the 110 bike highways (2400 kilometers in total) in Flanders more readable. Read more about this pilot in a previous article "One logo for all cycle highways in Flanders". The CHIPS partners are not the only regions to start experimenting with improved signposting for their cycle highways: also in Copenhagen you can find a uniform signposting along the supercyckelstier and London started to implement cycle highway totems to give more information about the direction of the cycle superhighways to their users.