Up to 48 thousand cyclists per day cross Queen Louise Bridge in Copenhagen. We revisit Nørrebrogade on the cycle highway C95  to check how traffic lights were adjusted to facilitate the flow of bicycle traffic.

On cycle highways like RijnWaalpad or Batavierenpad Zuid the number of interruptions is reduced by bridges, tunnels and priority for cyclists on crossings. This is not always an option in densely populated city centres, but significant improvement can also be achieved by adjusting traffic light programs.

Green wave principle and how it can accommodate different modes of transport moving at different speed. Source: Fietsberaad.nl.

20 km/h green wave sign in the direction of city centre. 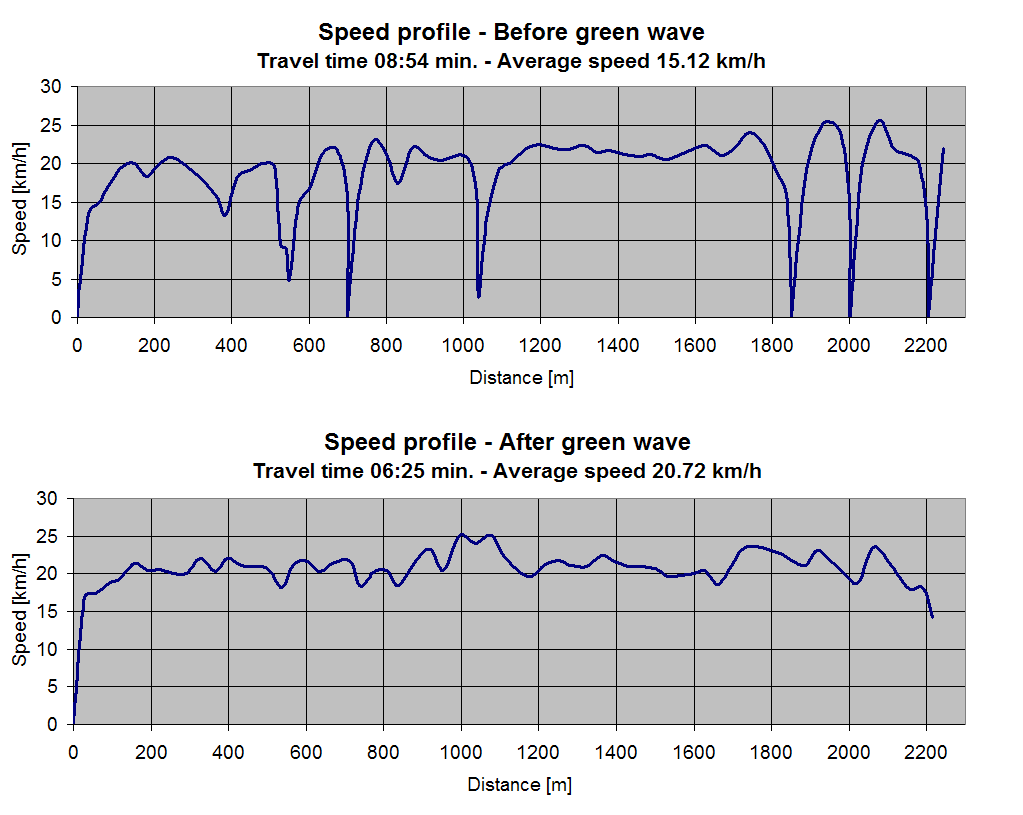 Comparison of cyclists’ speed profile before and after introduction of the green wave. Source: “Evaluering af grønne bølger for cyklister i Københavns Kommune”, 2013.

Introduction of the green wave for cyclists resulted in increasing average speed from 15.1 to 20.7 km/h. This means a reduction of travel time by 2,5 minutes (nearly 30%) on just 2,2 km.

Reduction or elimination of waiting times on a crossing is also saving space necessary for accumulation of cyclists waiting for green light. 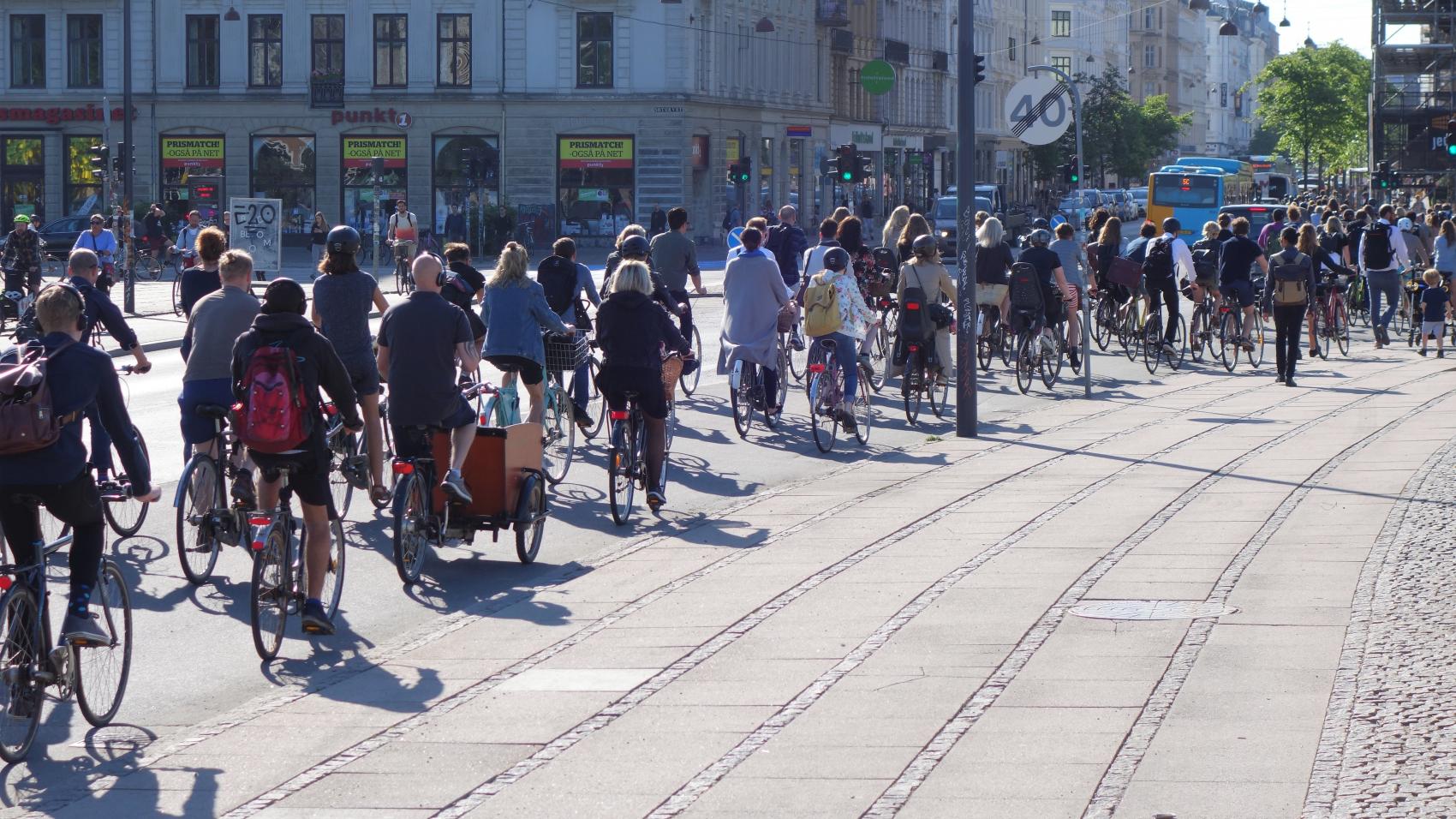 The impressive “bicycle traffic jams” that one can observe on Dronning Louises Bro form partially because the crossing after the bridge is not included in the green wave coordination.

The article is a part of a series showcasing examples of cycle highways infrastructure in North-Western Europe. We will come once again back to Nørrebrogade to see how cycle paths along the streets were widened to accommodate growing traffic.