Car traffic can be “filtered out” on selected streets to create better conditions for walking and cycling, and at the same time maintain necessary access to every location. On the cycle highway Batavierenpad Zuid filtered permeability improves safety by radically reducing the number of crossings with motorised traffic.

We revisit the southern cycle highway connecting Nijmegen with Beuningen (Batavierenpad Zuid) to examine the part crossing Beuningen itself. The cycle highway passes directly by several important destinations, for example the elementary school De Hoeven. Kids can travel to the school by bicycle without being endangered by car traffic. Limited and much more complicated access for cars is provided from the other side. 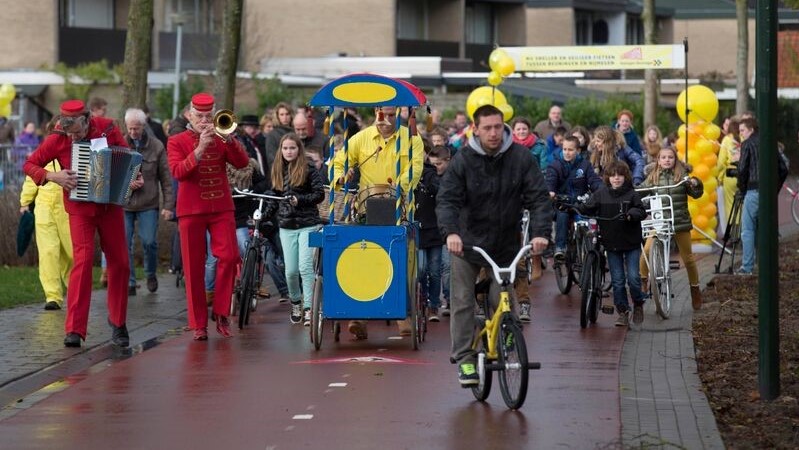 Opening party of the cycle highway near the school De Hoeven in 2015. 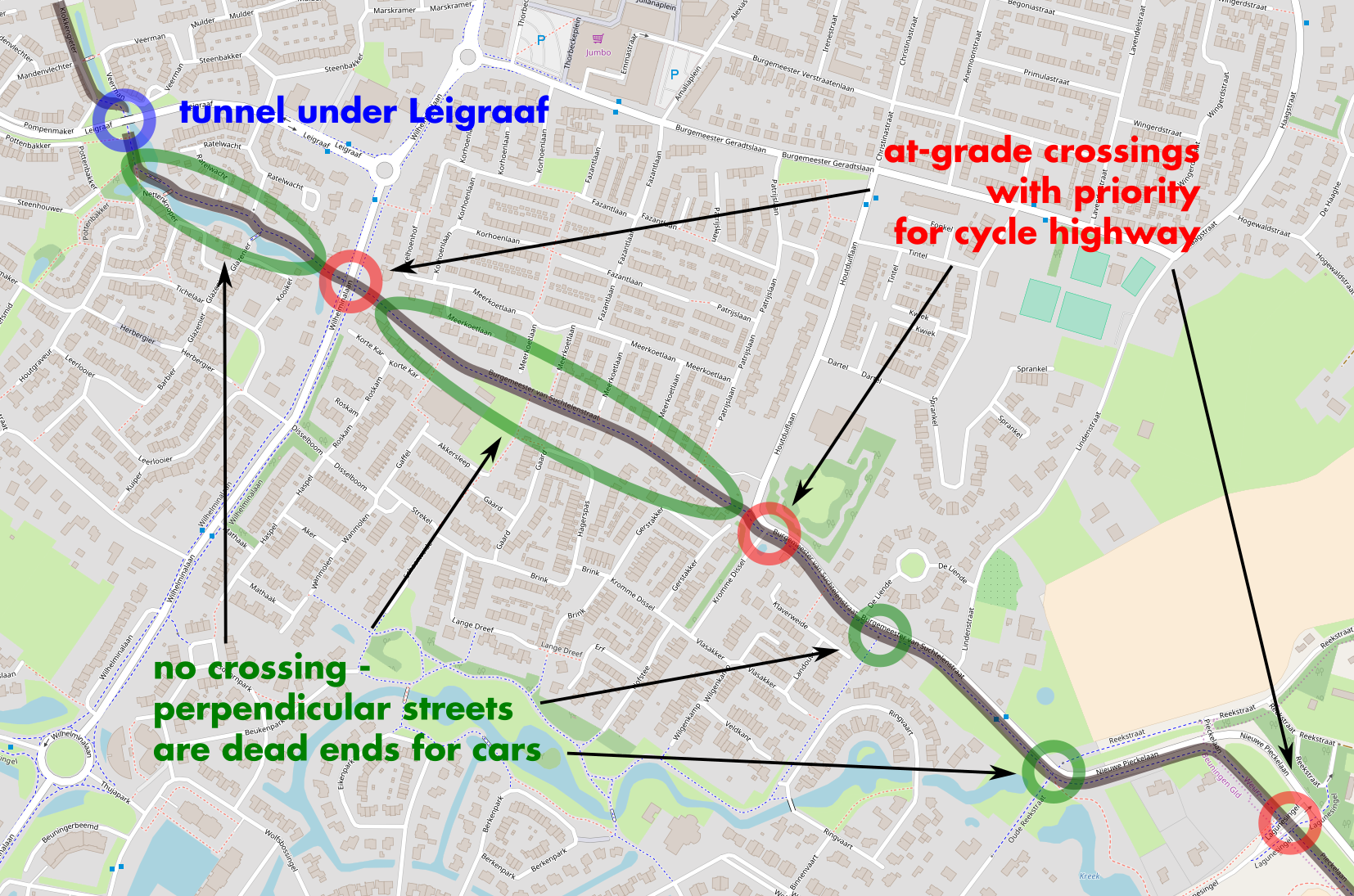 Cycle highway (grey line) and filtered permeability: cars can cross the cycle highway only in 4 places, pedestrians and cyclists have 10 additional local connections in between.

The organisation of traffic in Beuningen is an example of filtered permeability – an urban planning concept that “filters out” car traffic on selected streets to create more attractive environment for walking and cycling. In consequence, if you want to visit your friend, take your kid to school or do shopping, you can either walk or cycle several hundred meters – or drive a car a long way around on a slow, complicated route. Filtered permeability removes through traffic from the area, discourages short car trips that can be easily replaced by bike, and at the same time maintains full accessibility for deliveries or emergencies. 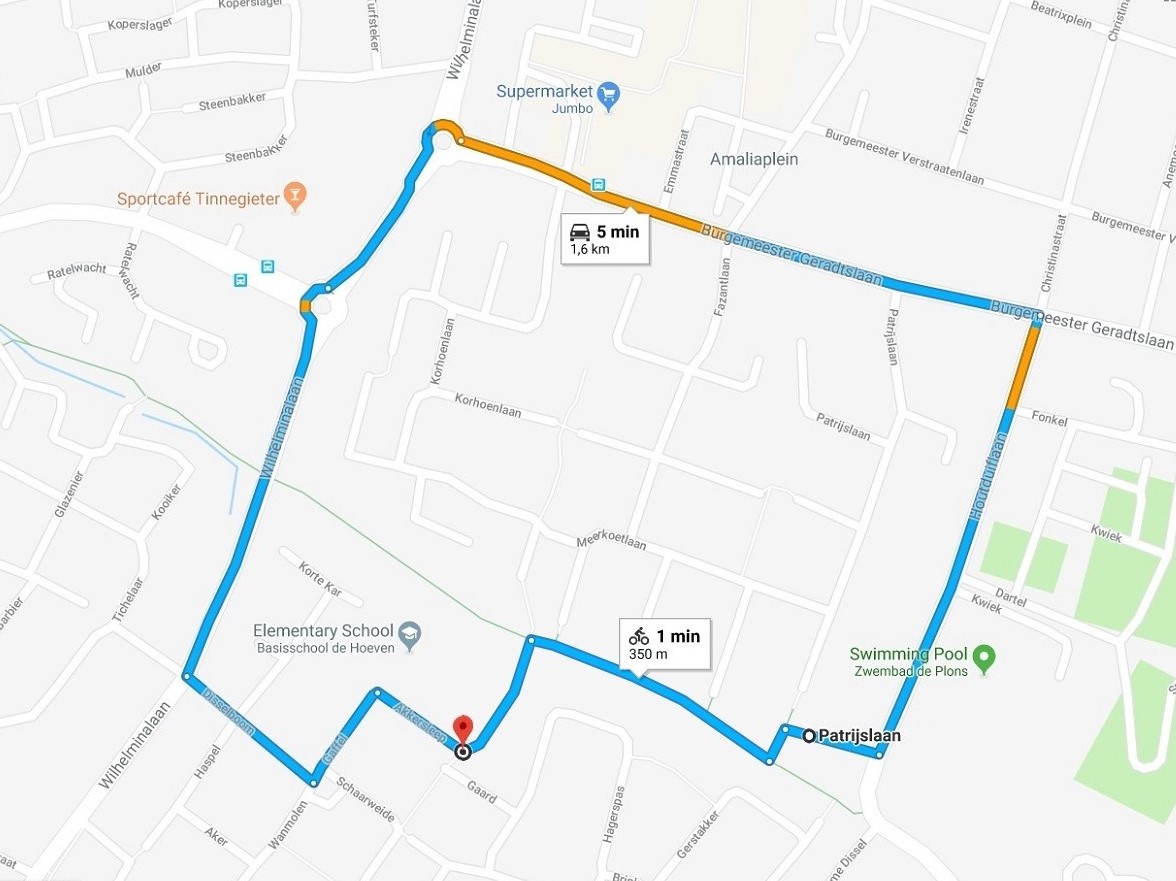 Comparison of routes between two example locations in Beuningen by car (1,6 km) and by bike (350 m). It is possible to access every location by car, but it might require a long way around.

“The western part of Burgemeester van Suchtelenstraat, currently a part of the cycle highway, was used as car road towards Nijmegen until the eighties”, explains Koen Knippenberg, Policy Officer for Traffic and Transport in the municipality of Beuningen. “Then the function of the corridor changed radically – cars were removed, and this section of the road became a linear park with only cyclists and pedestrians allowed. The change was a part of settlement design of the upcoming neighbourhoods of Beuningen Duivenkamp and Hoeve.” 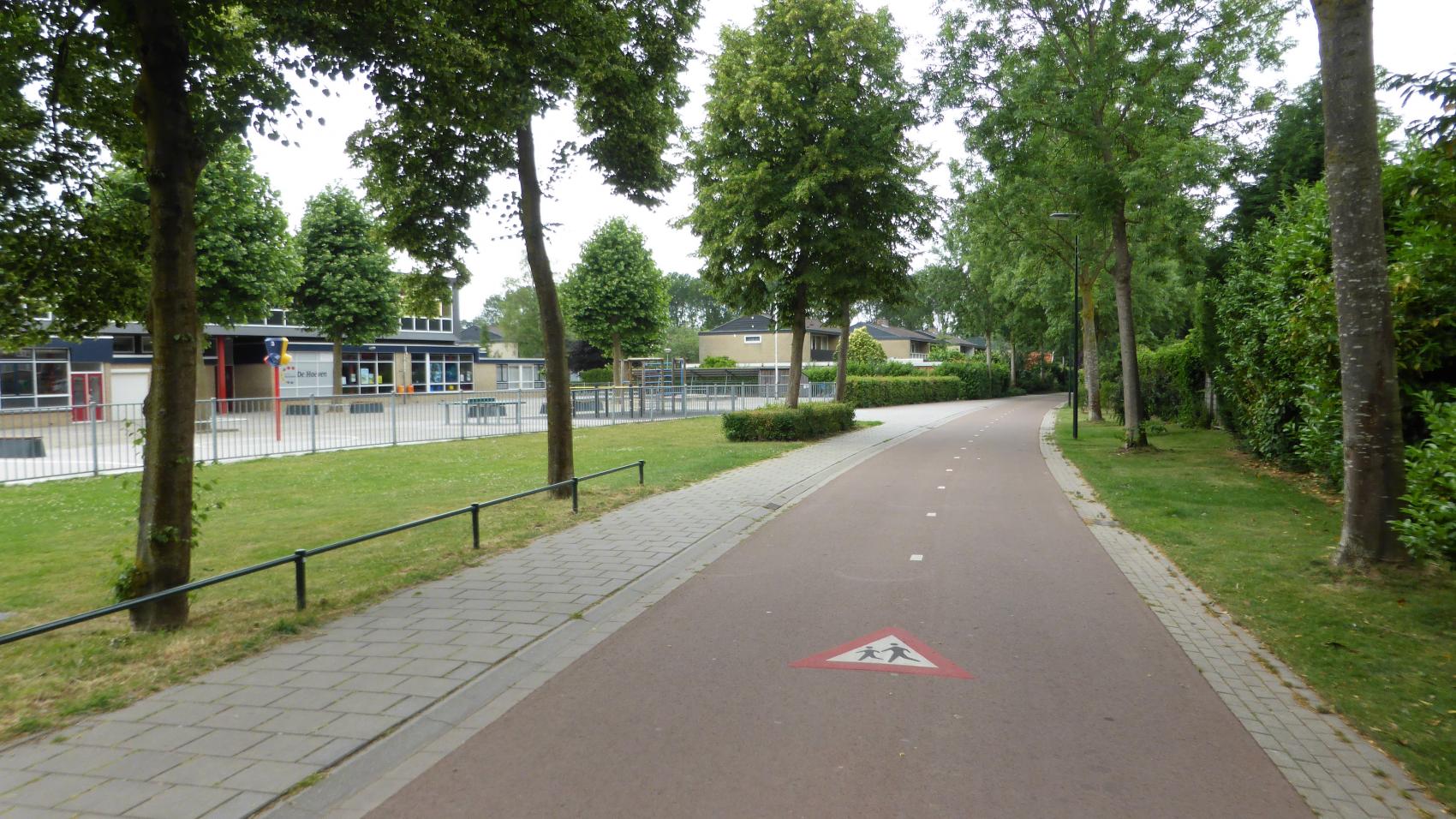 Until eighties this green corridor used to be a car road connecting Beuningen with Nijmegen. Now kids can travel to the catholic elementary school De Hoeven (left side of the picture) by bicycle without being endangered by car traffic.

Much later, as a part of the cycle highway project, another conflict point was removed – a section of Oude Reekstraat perpendicular to Burgemeester van Suchtelenstraat was closed for cars and transformed into another cycle path. The few remaining crossings in Beuningen were rebuilt to safe standard with priority for cyclists. This way the cyclists do not have to stop even once on the 6 km between the centre of Beuningen and Rosa de Limastraat in Nijmegen. 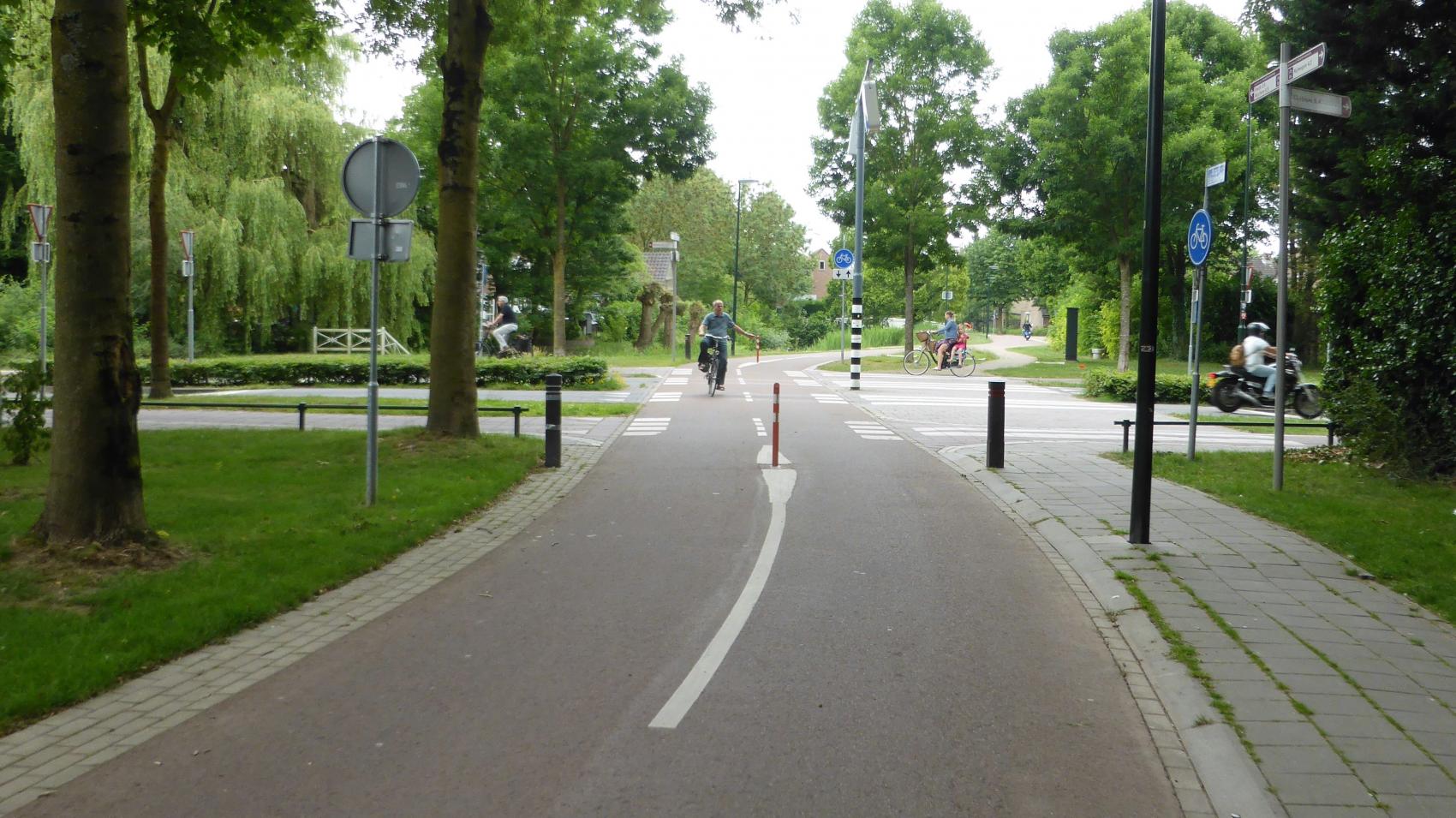 Clear priority of the cycle highway (Burgemeester van Suchtelenstraat) over Wilhelminalaan in Beuningen.