Extension of the F1 cycle highway towards Brussels is a complex task, requiring cooperation of many actors. We took a look at what is happening on a 4 km stretch near Zemst. The completed, on-going and soon starting investments include two cycling bridges, redistribution of carriageway on a national road, a new safe crossing, construction of new and upgrade of existing cycling paths.

When completed, the F1 cycle highway will form a 45 km long link between two most populous metropolitan areas in Belgium: Brussels (2.1 million inhabitants) and Antwerp (1.2 million).  It will also include many smaller cities and towns along the way. As for now, the longest continuous section of F1 is 23 km long and connects Antwerp with Mechelen.

The continuation to Brussels requires complex cooperation of many different authorities: Flemish regional government, province of Antwerp, province of Flemish Brabant, Waterwegen en Zeekanaal (the Flemish waterways authority), Brussels-Capital Region and local municipalities. In this article we will take a closer look at the diverse investments on the 4-km section from the border of Mechelen through Zemst to Eppegem, coordinated and for a small part funded by the province of Flemish Brabant. All of them should be completed in 2019.

First, at the border with Mechelen, the cycle highway will utilise the existing bridge of national road N1 to cross the A1/E19 motorway. The carriageway of N1 will be redistributed to allocate space for a bidirectional cycling path. On the south end of the bridge, a new ramp will be built to provide a shorter and more convenient route for cyclists and avoid a conflict point. We will revisit this investment in a separate article.

200 m later F1 will cross Heidestraat and the river Zenne. To ensure a safe crossing with right of way for the cycle highway, the carriageway of Heidestraat will be locally narrowed from 6.3 to 3.5 m and the crossing itself will be raised. The bridge across Zenne will not be perpendicular to the river, but at an angle, to provide more direct route and comfortably large curve radii.

Crossing of F1 and Heidestraat in Zemst with priority for the cycle highway: narrowed carriageway and raised crossing. 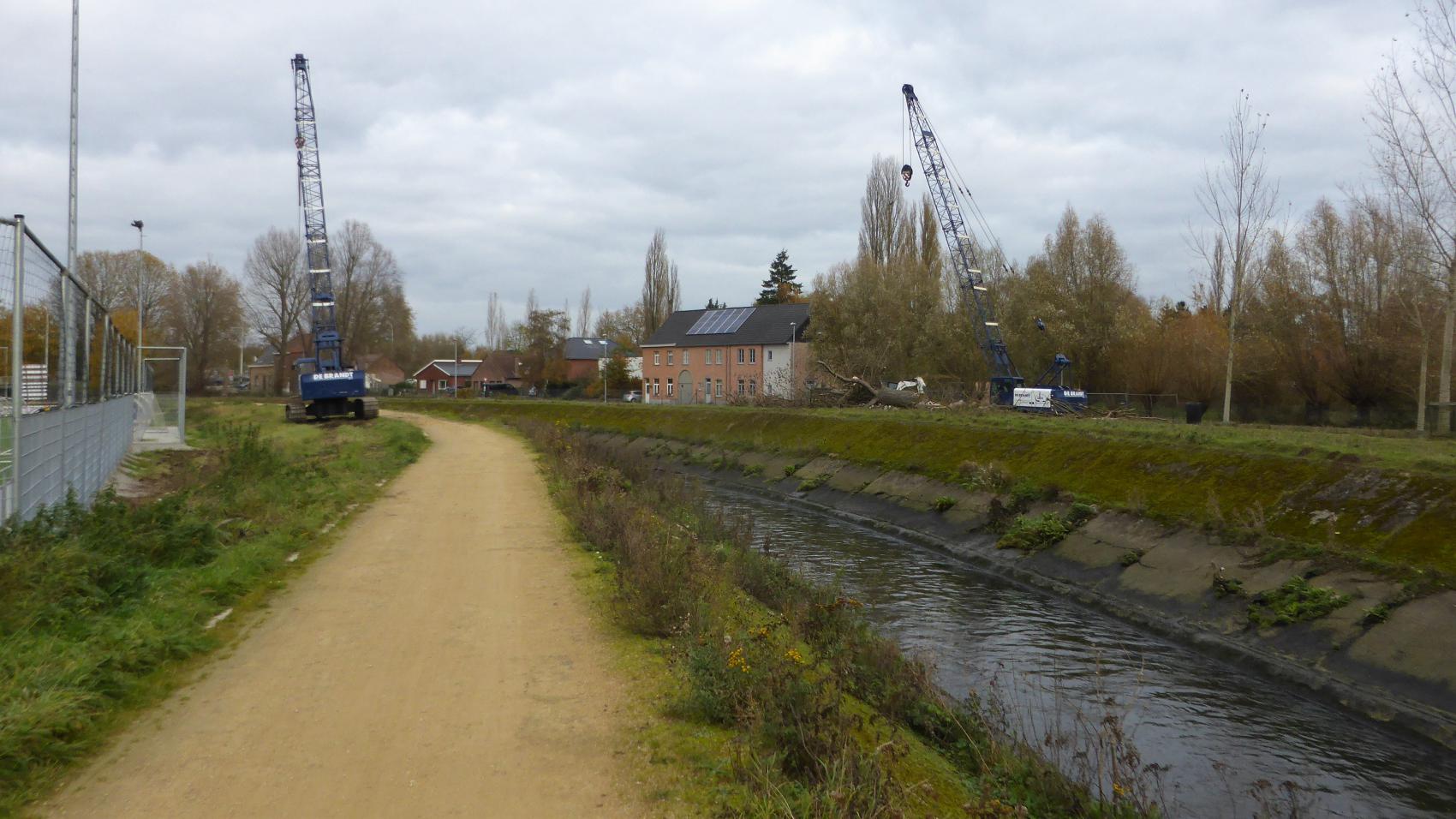 Construction works starting on the ”diagonal” cycle bridge across Zenne in Zemst.

After the bridge F1 will follow the western bank of Zenne. To meet the cycle highway standards existing recreational path will be widened, and the stabilised gravel surface will be replaced with asphalt.  Between Weverstraat and Brusselsesteenweg the new standard is already implemented: a kilometre of a new cycle path and a bridge to go back to the eastern side of Zenne in Eppegem were completed in summer 2017. In Eppegem the new section connects to an existing asphalt route continuing along Zenne to Vilvoorde. 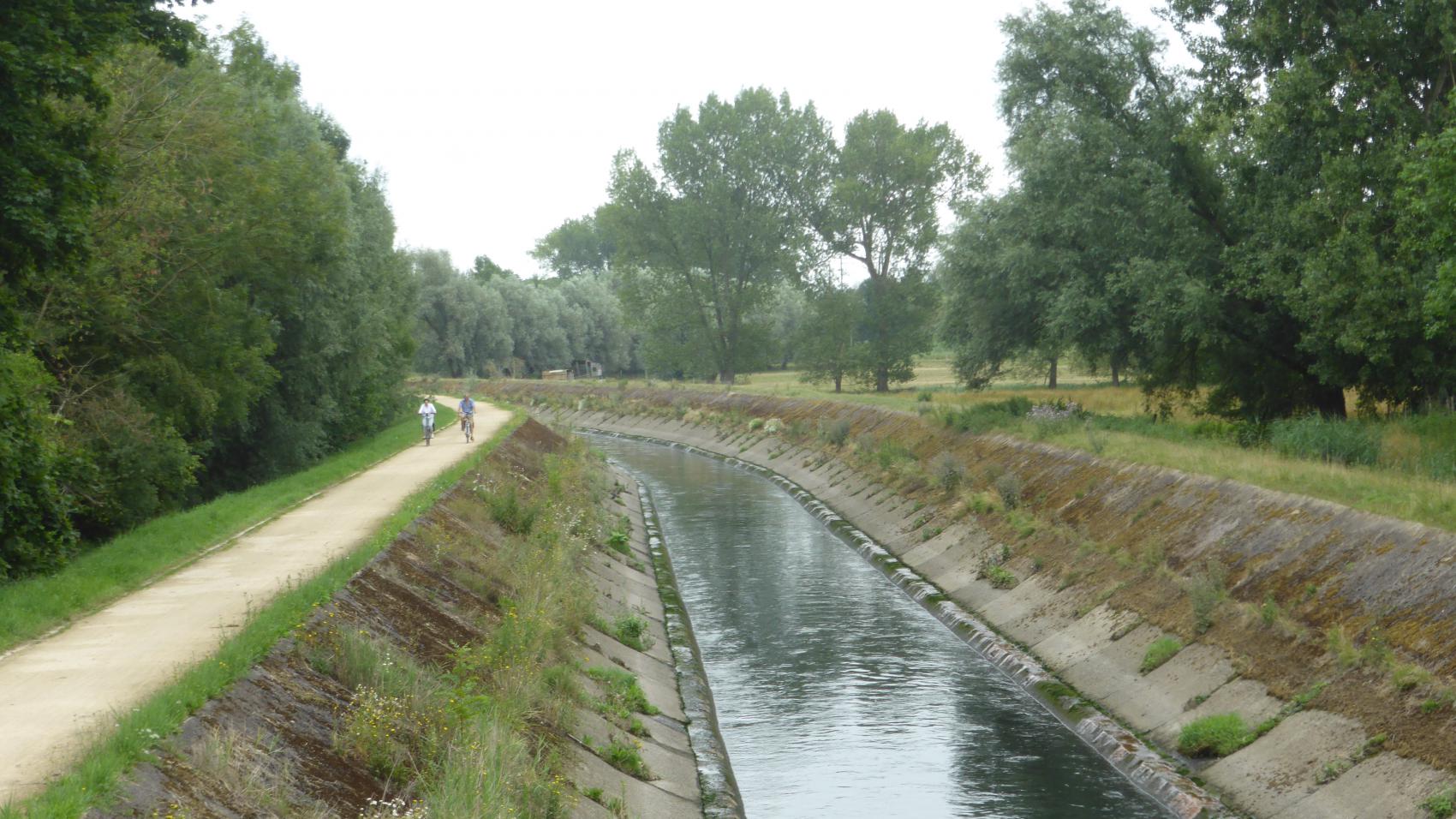 Existing recreational path along Zenne will be widened and asphalted. 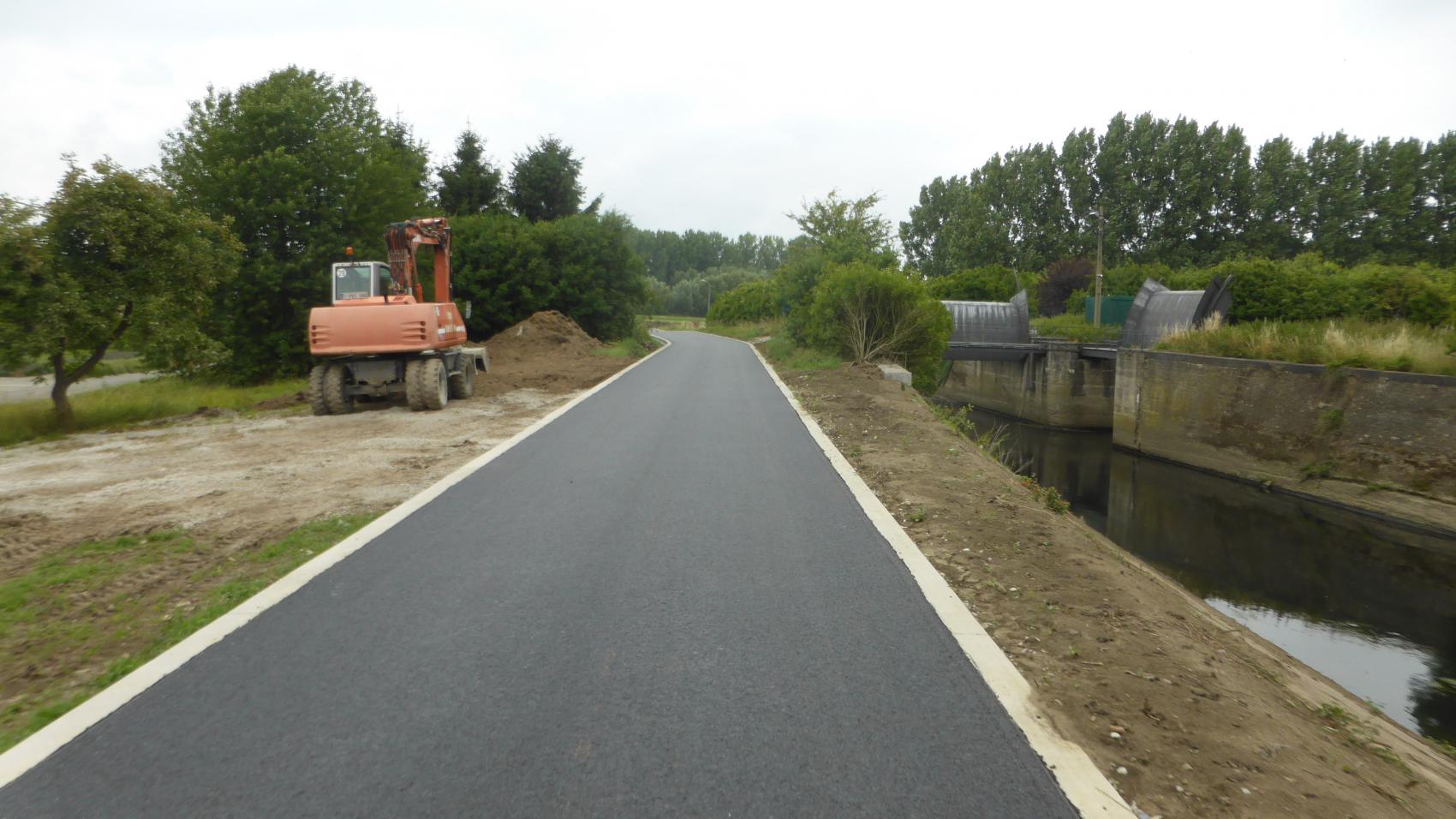 New section between Weverstraat and cycling bridge in Eppegem completed in summer 2017. 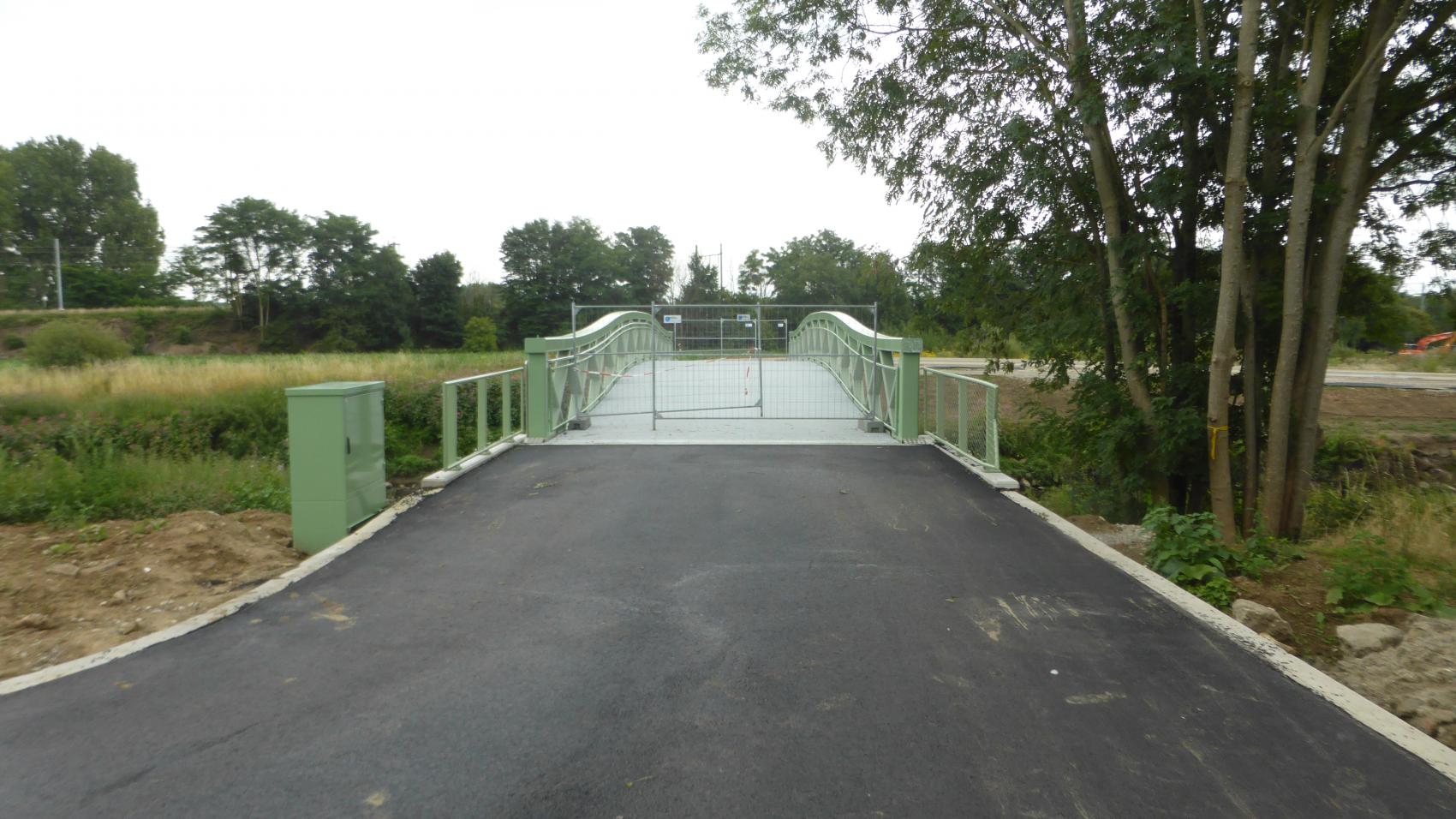 New cycling bridge over Zenne in Eppegem. The bridge is 5 m wide to provide 4 m of safe riding width and 0.5 m of shoulder on each side. 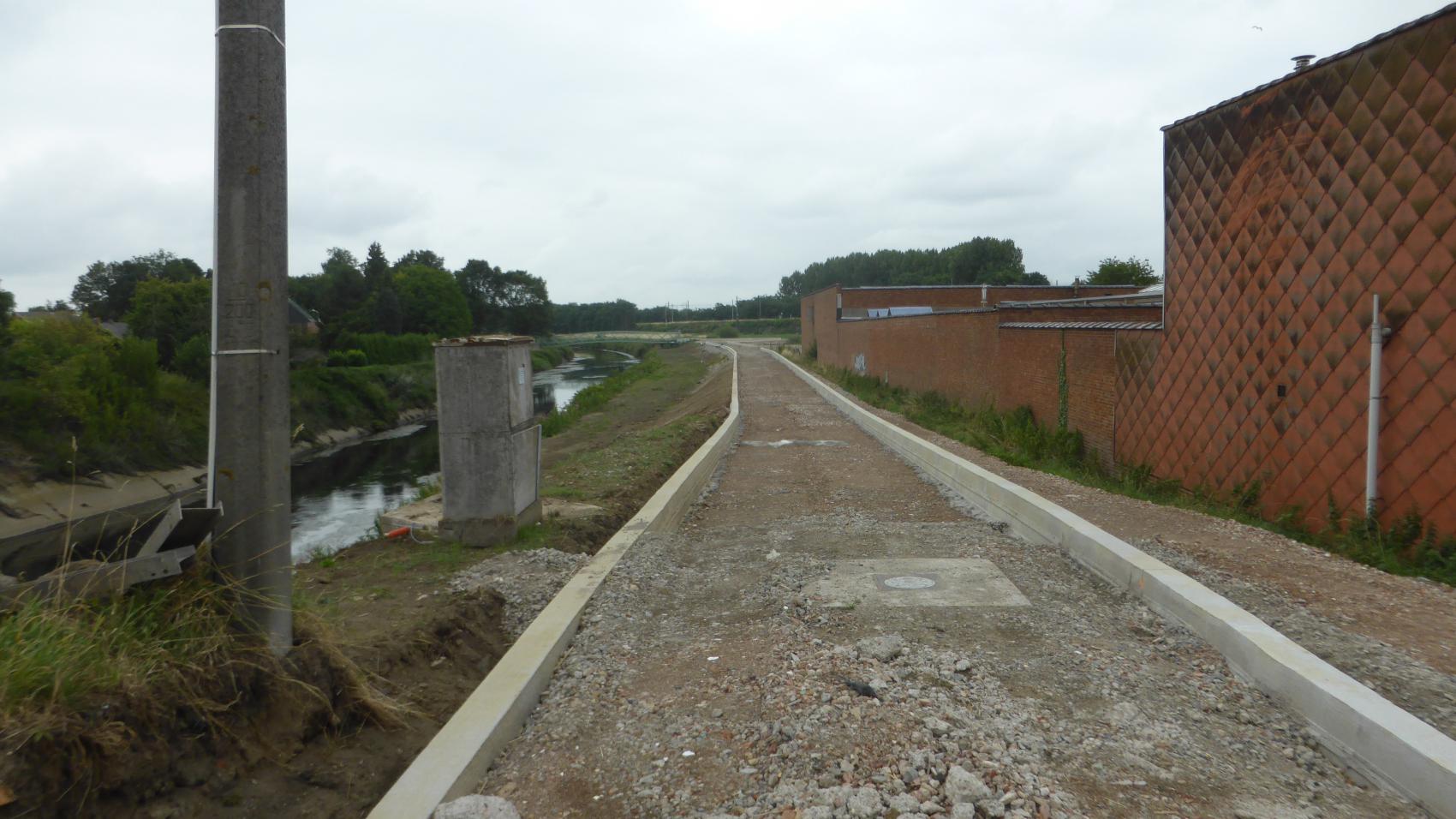 Construction of a connecting section in Eppegem near Brusselsesteenweg.

In Eppegem the new cycle path connects to an existing asphalt path continuing along Zenne to Vilvoorde.