Evolution of cycle superhighways in London 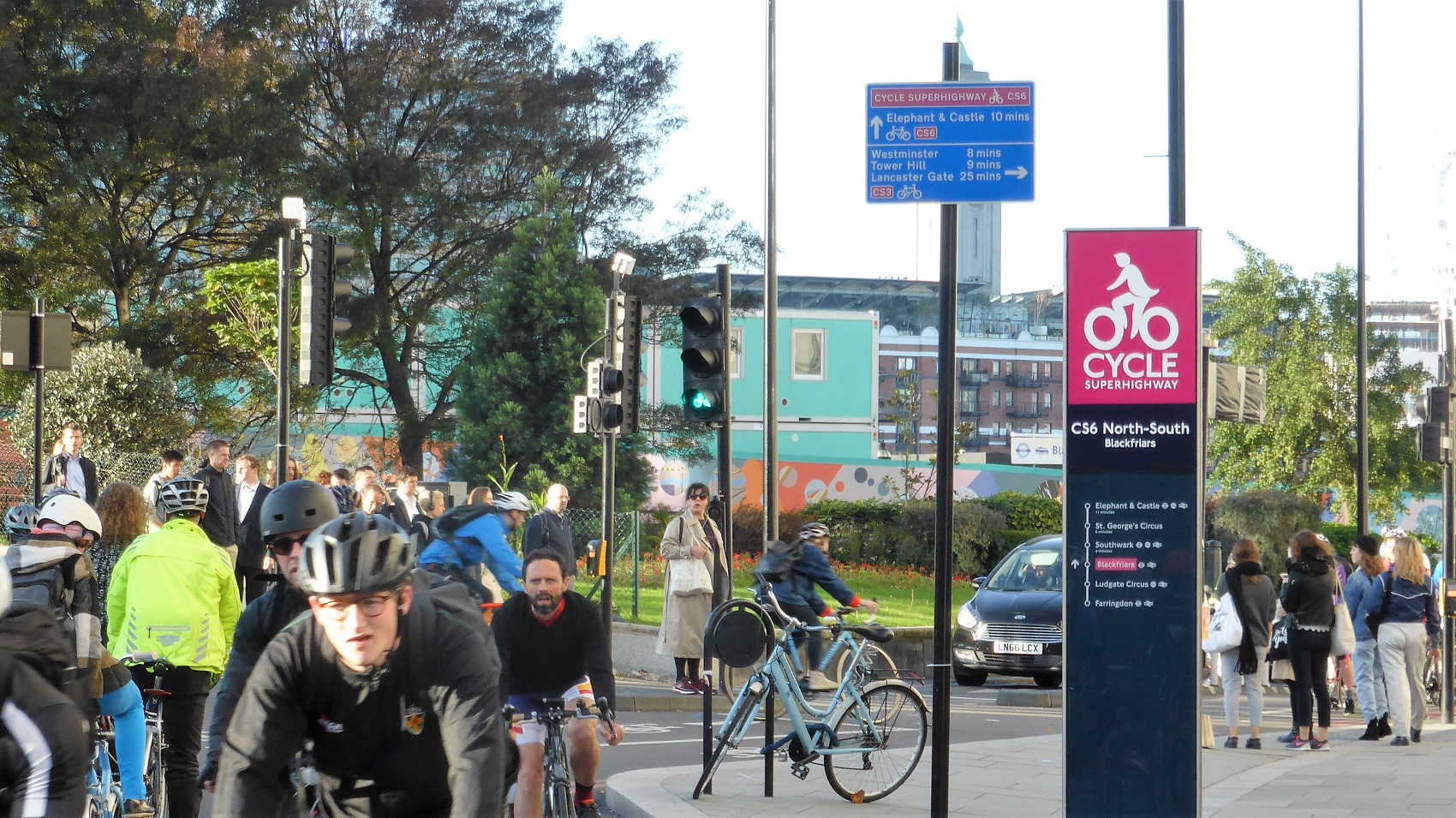 Introducing high-quality fast cycling routes in one of the biggest European cities was a challenging task, but the completed ‘cycle superhighways’ attracted thousands of commuters. On the Blackfriars bridge bicycles constitute 70% of all traffic in a morning peak!

The cycle highways we have shown so far – Rijnwaalpad in the Netherlands, F1 and F3 in Flanders – connected two cities or cities with towns and – at least partially – led through rural areas. They also capitalised on long cycling traditions and existing infrastructure of the Low Countries. But how to retrofit cycle highways in the biggest agglomerations that were not planned for bicycles? On one hand you need high quality cycle facilities. Trips are long, so detours or delays would make travel time unacceptable; bottlenecks in width or unfavourable traffic lights programmes would reduce the capacity below the demand. On the other hand – there is a lot of competition for public space, every square metre (feet?) is precious, and the opposition makes a compelling argument that “this is not Amsterdam.”

The era of blue paint

London (9 million inhabitants, 14 million in the metro area) opened its first so-called cycle superhighways in 2010 (CS3, CS7) and 2011 (CS2, CS8). The design of those routes focused on improving readability of existing infrastructure and relatively low cost on-carriageway solutions (cycle lanes, or combined cycle and bus lanes). The cycle highways from that period can be easily recognized by bright blue paint on the surface. They were also criticised as “paint only”. 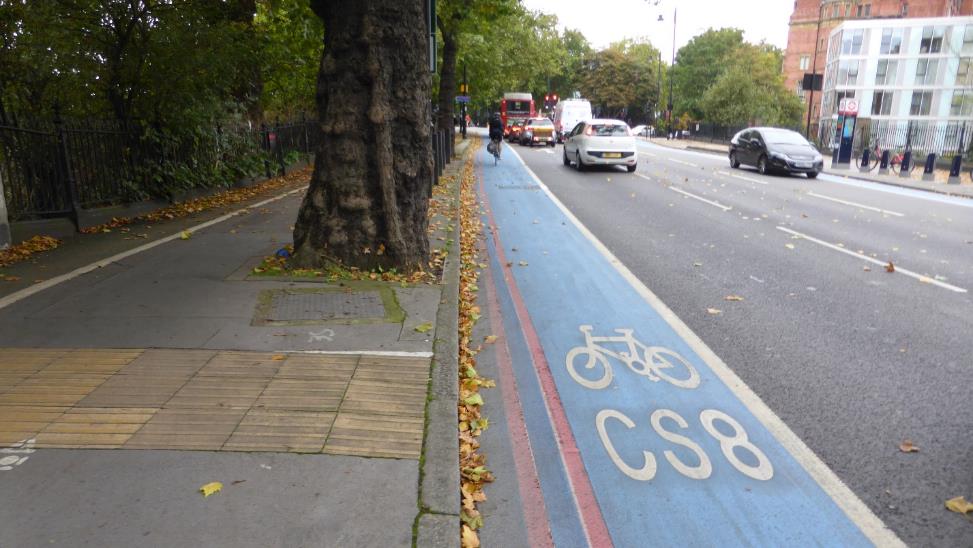 CS8, one of the first-generation cycle highways in London with characteristic blue surface. Green strip next to the fence on the far-left side is an old off-road cycling path. 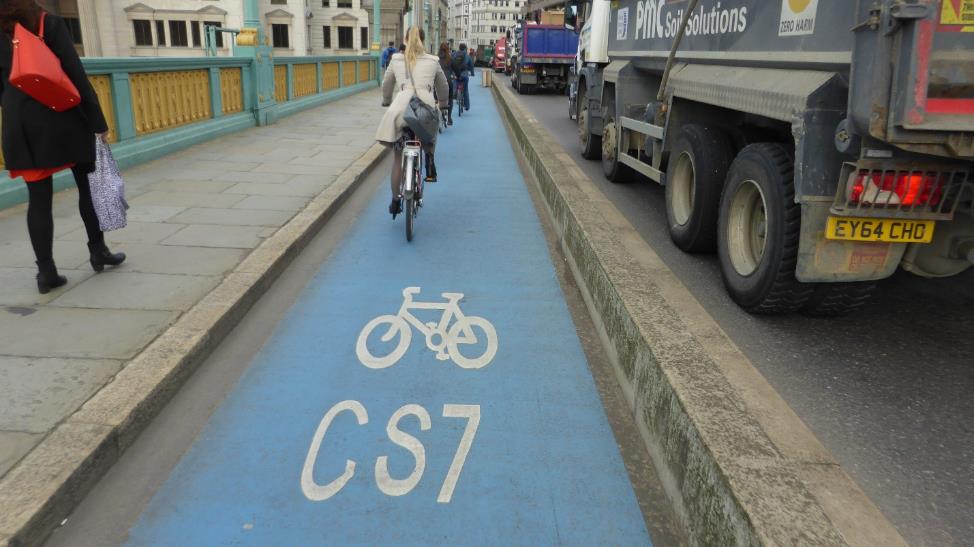 Between 2012 and 2015 the approach changed. Basing on an International Cycling Infrastructure Best Practice Study (which ECF contributed to), Transport for London conducted numerous off-street trials to test adaptation of European best practice design to UK.  Tests included e.g. various methods of separation between bicycle and car traffic, new road markings and traffic light programs; pedestrian and cycle interactions on bus stop bypasses were researched to find out the optimum alignment and island capacity.

In line with the new standards, “Better junctions” programme was launched. Then, the second generation of cycle superhighways was built (CS5, upgrade of CS2, extension of CS3, CS6, CS1), physically separated from car traffic. As space in central London is severely limited, in many cases this required a complete redesign of the street. The designers attempted to maintain the pre-existing external curb lines of the carriageway (to avoid reducing the space for pedestrians or greenery) but fit in a 4-metre wide cycling path in between them. To find the space, designers had to reduce number of car lanes, narrow them, or remove median strip. 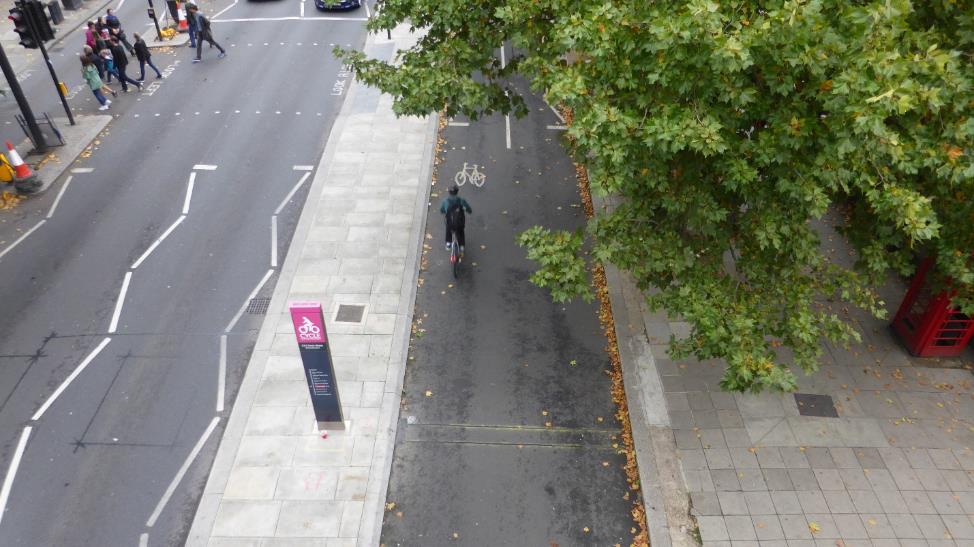 East-West cycle superhighway (CS3). Creating space for a separated cycle path necessitated removal of two lanes on Victoria Embankment. As a side effect, the investment made walks along the Thames more pleasant, as motorised traffic is now farther from the riverside pavement. 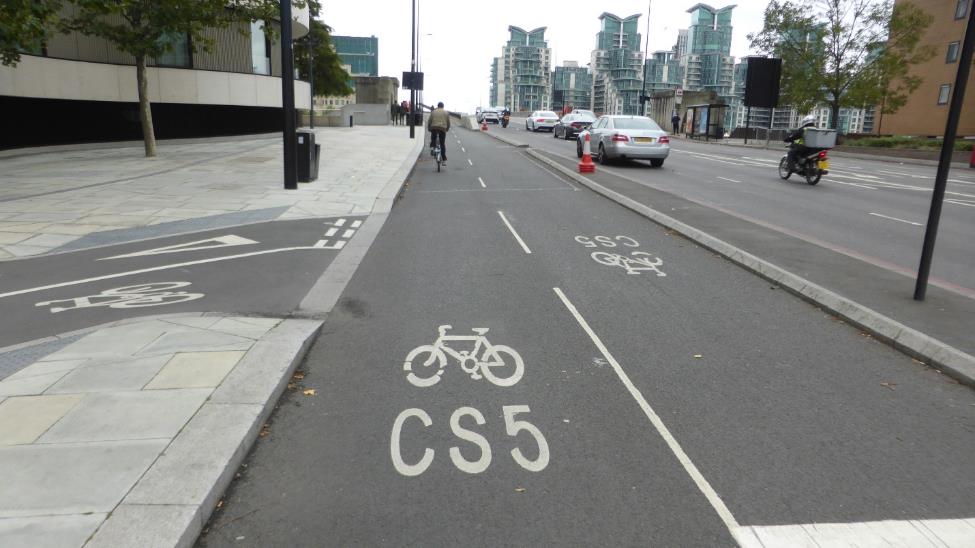 CS5 on Vauxhall Bridge. Space for cycle path created by removal of median strip and standardising the width of all lanes to 3.0 m.

If you build it, they will come

Creating consistent high-quality cycling infrastructure required significant investment, both financial and political. But now in peak hours central sections of cycle highways are used by literally thousands of cyclists – more than could be transported in the same place by cars. According to measurements carried out in 2016, shortly after the routes were opened they were moving 46% of the road users in only 30% of the road space. Cycle traffic volumes in the morning peak (07:00 - 10:00) were: 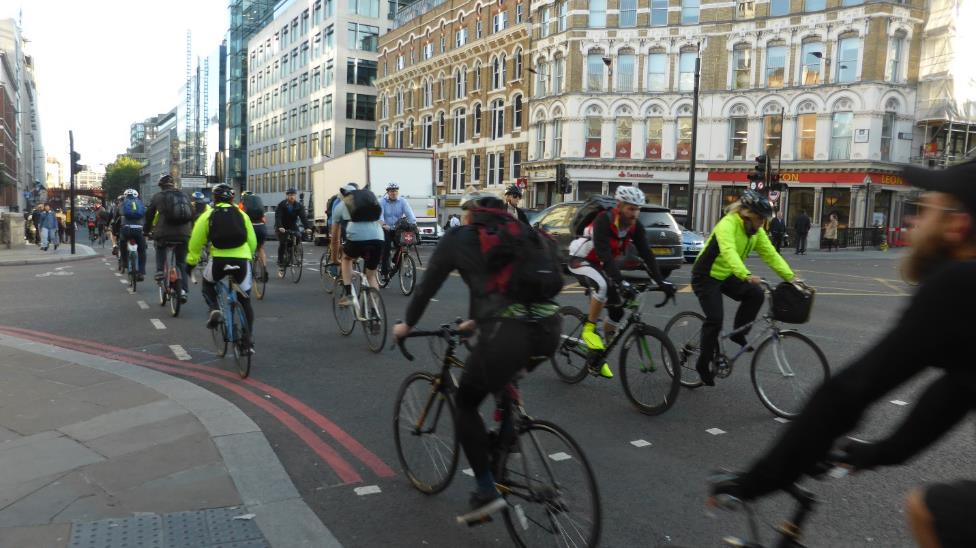 North-South cycle superhighway (CS6) at Ludgate Circus. Bidirectional cycling path was created on the western side of Farrington St. and New Bridge St. by removing one inbound traffic lane. 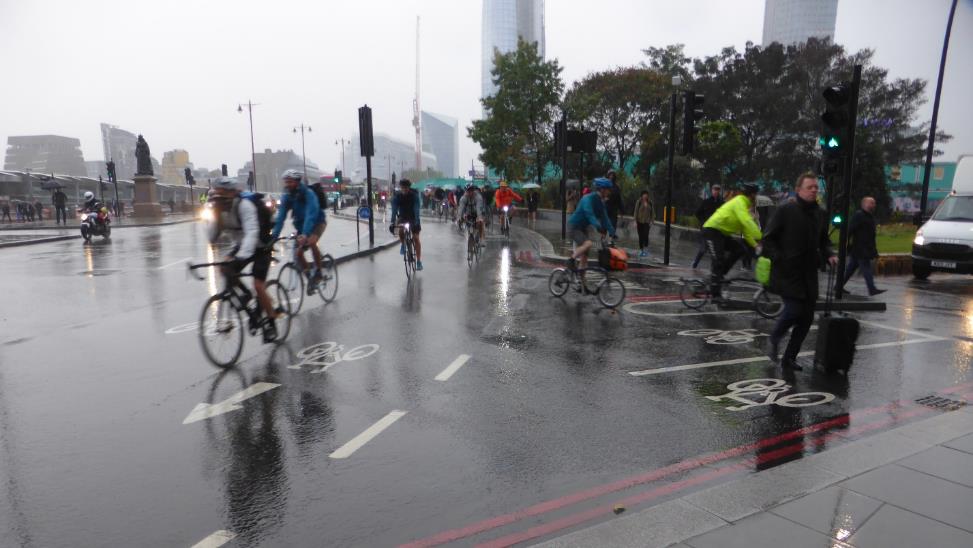 CS6 (straight) and connection to CS3 (right). Cycle superhighways are popular also on rainy days. On average in the morning peak 70% of traffic crossing Blackfriars Bridge is bicycles.

Third Cycle Highway Academy is coming-up: Learn how to sell your cycle highway

The CHIPS project partners are looking forward to host the third edition of the Cycle Highway Academy, on 28 February and 1 March 2018 in Essen, at the home of the Radschnellweg 1, the first generation of cycle highways in the Ruhr area of Germany. The third Cycle Highway Academy will teach you how to sell your cycle highway to a variety of relevant target groups, from the users to decision makers to the business sector.