Instead of cutting trees to widen carriageway, an old car connection between Nijmegen and Beuningen was turned into a cycle path. Now this tree-lined avenue is a particularly scenic section of cycle highway Batavierenpad Zuid.

Beuningen is a municipality with 25,000 inhabitants, 8 km west from the centre of Nijmegen (170,000 inhabitants). Two parallel cycle highways, northern and southern, approximately 1-2 km apart from each other, connect Beuningen with Nijmegen.

Riding on the recently completed southern cycle highway (Batavierenpad Zuid), one can recognise many elements that were also present on RijnWaalpad: level crossings with clear priority for cyclists; wide, safe and comfortable tunnels under main roads; median horizontal markings. The cycle path between the bridge on the Maas-Waal canal and the tunnel under Neerbosscheweg cycle path was rebuilt to provide a gentler slope, including adding a 50-metre flat section in the middle of the descent (or climb). 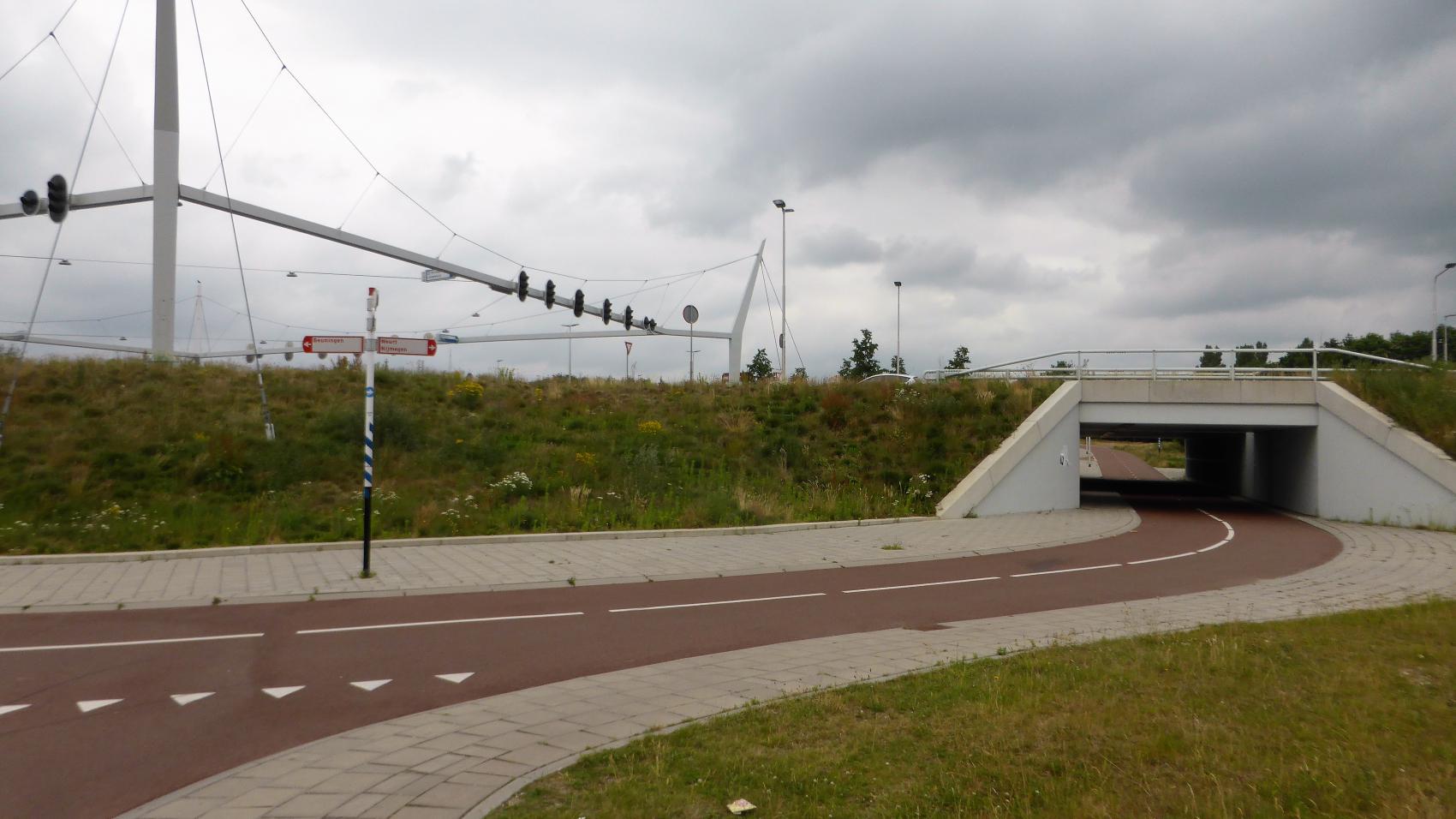 The crossing of Neerbosscheweg (continuation of A73 motorway), Hogelandseweg and IJpenbroekweg between Nijmegen and Beuningen. Traffic lights are for cars, bicycles do not need to stop. 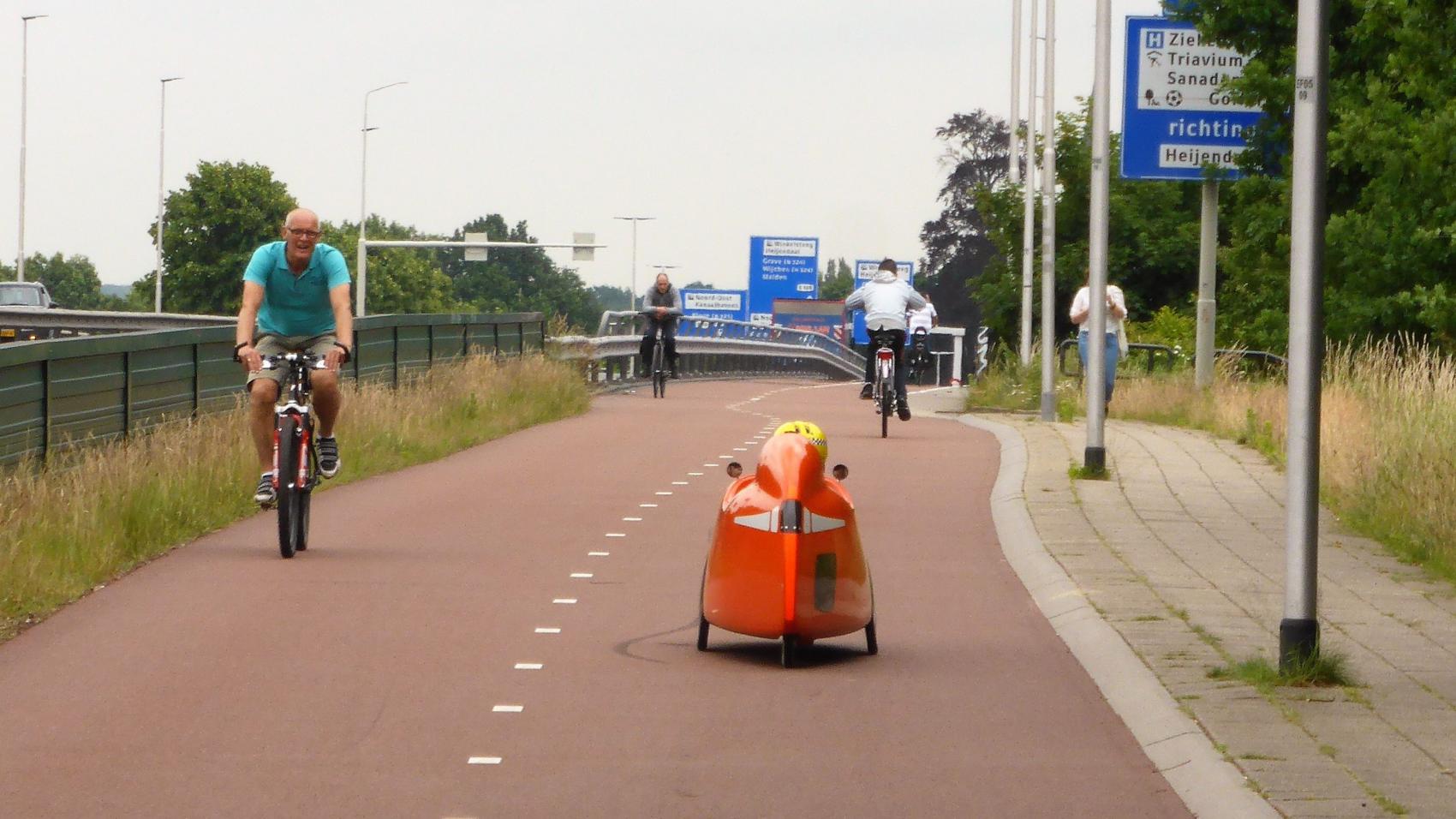 Bridge over the Maas-Waal canal. Low barrier between the carriageway and the cycling path reduces the noise from cars, but does not affect negatively social safety.

One part – Pieckelaan – is particularly scenic, thanks to the trees lining the avenue from both sides. Pieckelaan used to be a car connection between Beuningen and Nijmegen. In the early eighties instead of cutting the trees to widen the carriageway, new road (Nieuwe Pieckelaan) was build 20-40 m to the northeast. The old carriageway of Pieckelaan was transformed into bicycle path.  This way cycling between Beuningen and Nijmegen is not only fast, safe and healthy, but also a pleasant experience. 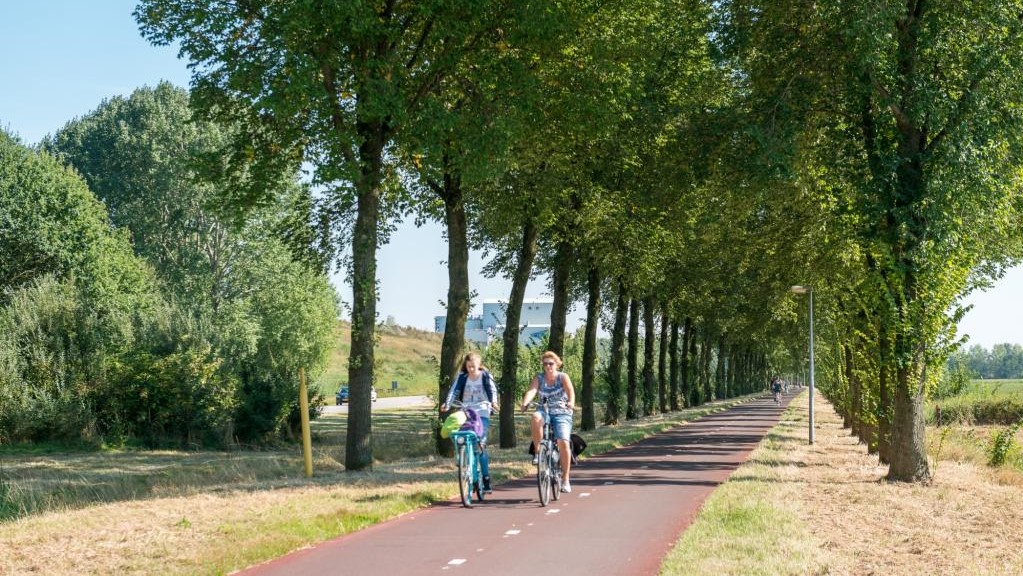 Dutch cycle infrastructure is often associated with red asphalt surface. But when the cycle highway project started, due to the good condition of existing surface and high cost of resurfacing the entire length, it was decided to replace the black asphalt with red only on three sections: at the start and end of Pieckelaan, and at the junction with the Lagunesingel. This improved the recognisability of the cycling route for other road users and in consequence safety of the cyclist for a limited cost of 120,000 euros. 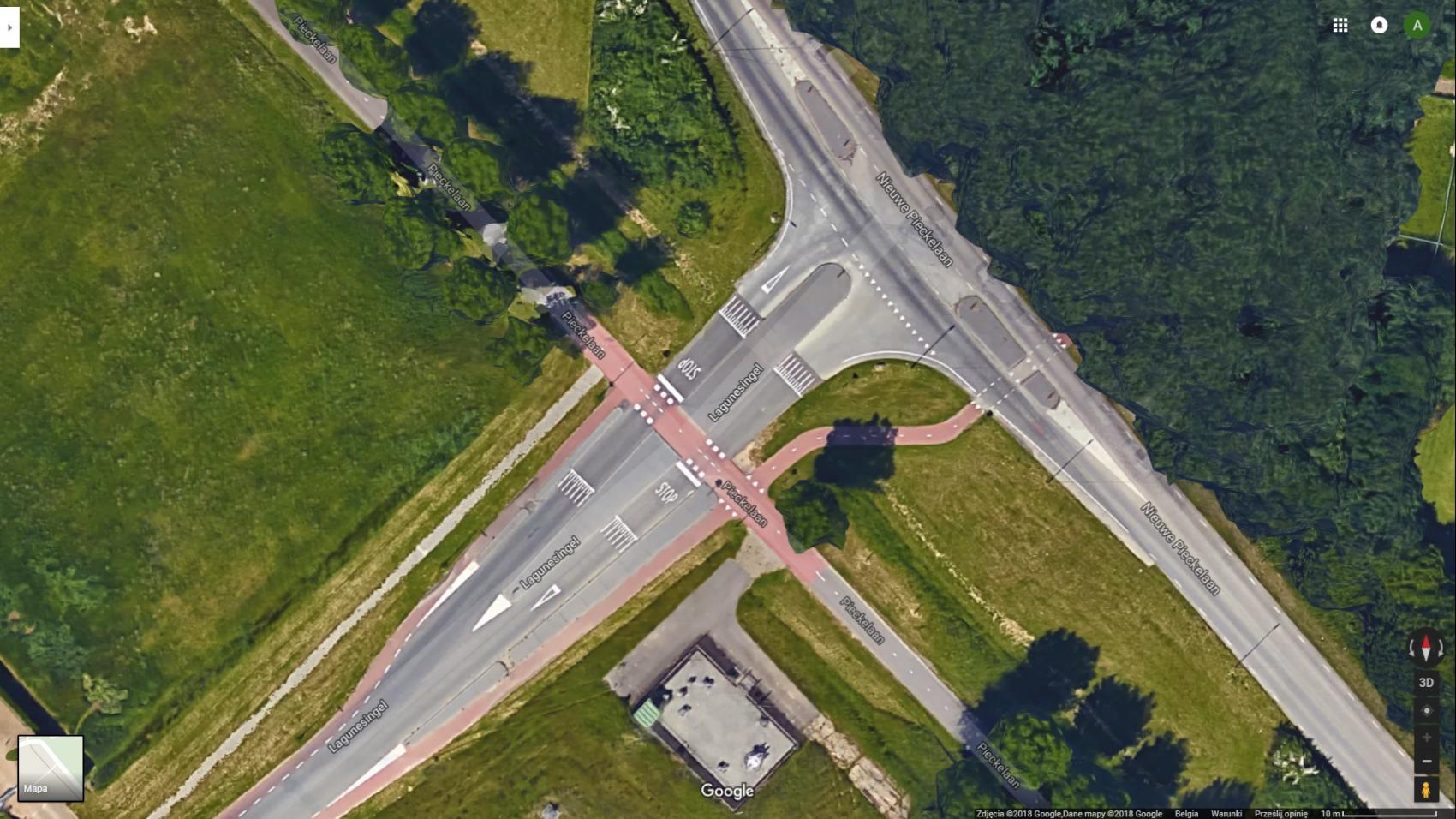 On the crossing with Lagunesingel and 15 m on both sides from it surface of the cycle highway was replaced with red asphalt, to improve the safety and recognisability of the route. Of course, the crossing is raised as well. Photo credit: Google Maps.