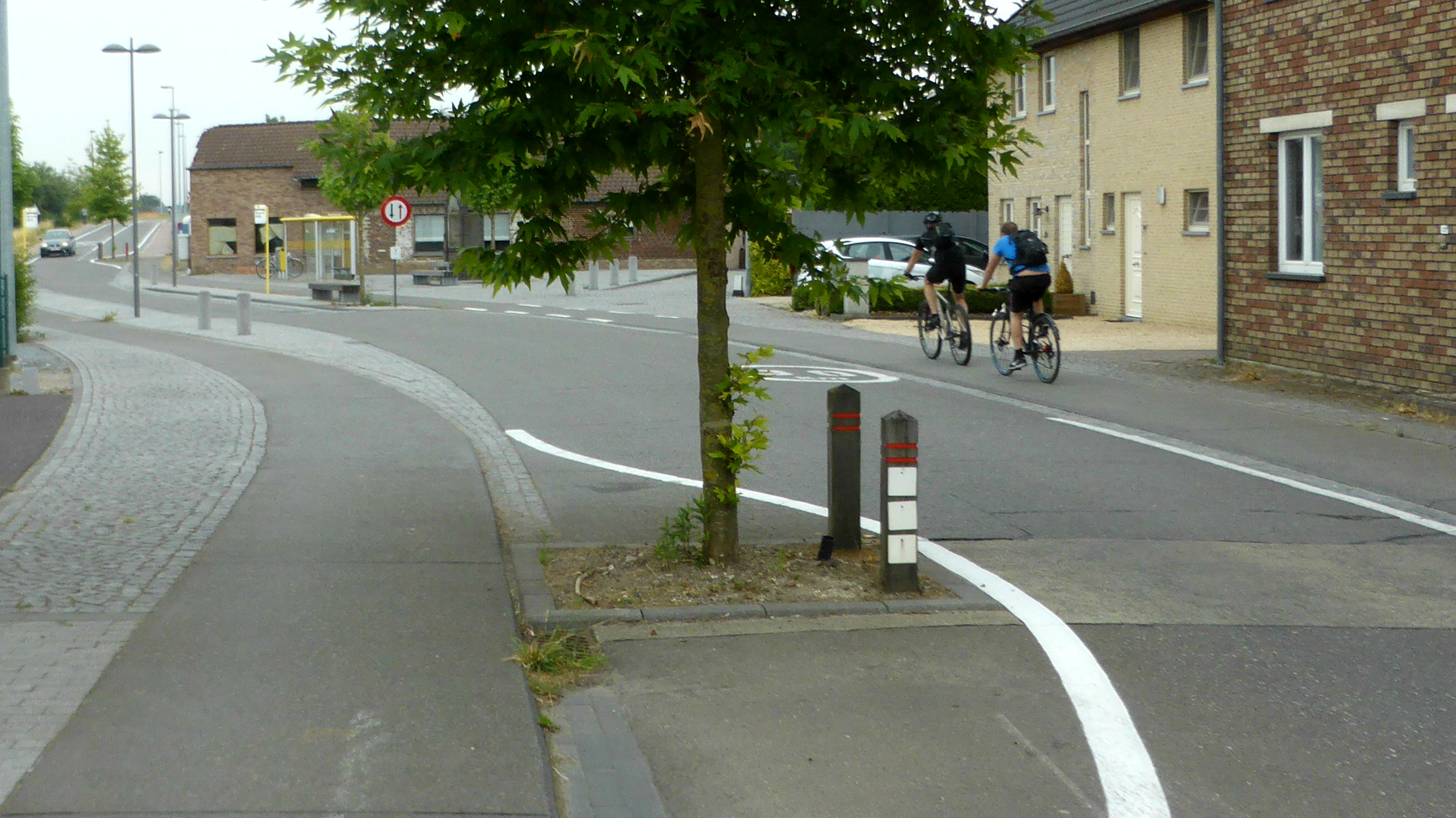 Where a road crosses a village, there is often limited space available between buildings. The reconstruction of Lodewijk van Veltemstraat in the municipality of Herent is an example how to provide continuous cycling infrastructure in such case.

On the F3 cycle highway connecting Brussels and Leuven, in the village of Beisem (part of municipality Herent), a section of Lodewijk van Veltem street was reconstructed in 2010-2011. Several traffic calming measures were introduced on the carriageway, while ensuring the continuity of unidirectional cycle paths on both sides of the streets.

Before the reconstruction, Lodewijk van Veltemstraat had a single carriageway with two lanes and narrow unidirectional cycle paths on both sides of the street. The available space between buildings varied, so to maintain two lanes of carriageway in some places the cycle path was interrupted. The reconstruction reversed the priorities: cycle paths are now continuous and widened to 1.55 m each (1.75 m outside the village), extra pavement for pedestrians (1.20 m) was added in the village, and the carriageway width varies according to the available space (up to 5.60 m including gutters).

Note that the widths of the cycle paths do not meet the new quality requirements for cycle highways. Since 2014, one-way cycle paths which construction is to be subsidised by the province of Flemish Brabant under the cycle highway scheme are recommended to be at least 2.5 m wide (required minimum 2.0 m). However, the principles of the reconstruction are still a good example how to provide continuous cycling infrastructure in limited space. 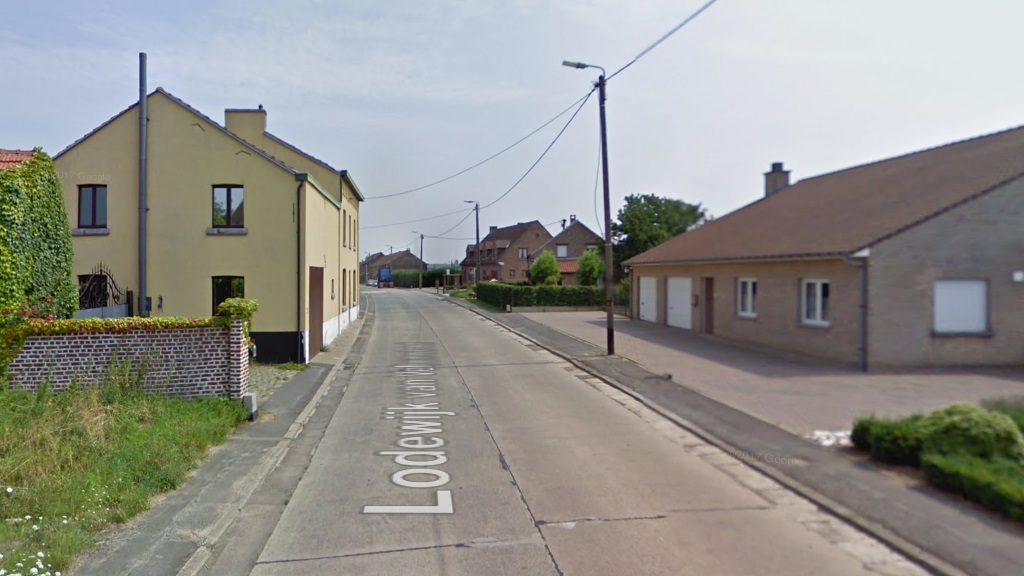 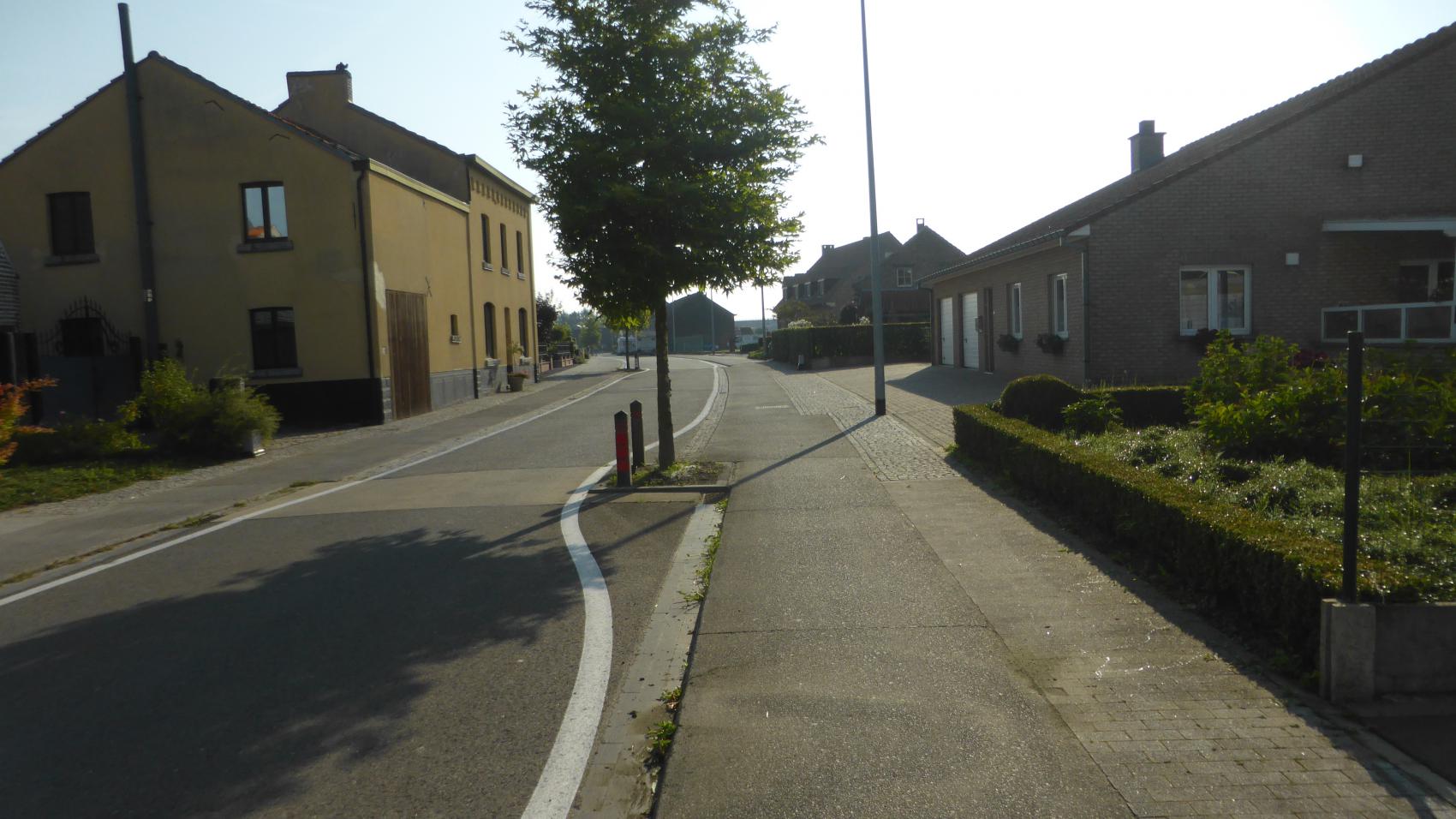 The same location in 2017. Carriageway narrowed, cycle paths continuous and wider, additional section of pavement for pedestrians. There is even space for trees!

At the Kerkstraat bus stop in the centre of Beisem, the carriageway was narrowed to single bidirectional lane. Thanks to the narrowing, passengers entering or exiting a bus have safe “islands” between the carriageway and cycle paths and do not block the cycling traffic. Cycle paths do not need to make a detour to bypass the bus stop. On the other hand, cars must stop and wait during the time passengers embark or disembark. This both allows pedestrians to safely cross the street and reduces the attractiveness of driving a car through the centre of the village.

Bus stop Kerkstraat on Lodewijk van Veltemstraat in Beisem. Carriageway narrowed to one lane to provide extra space for passengers entering or leaving the bus without interrupting the cycle traffic. 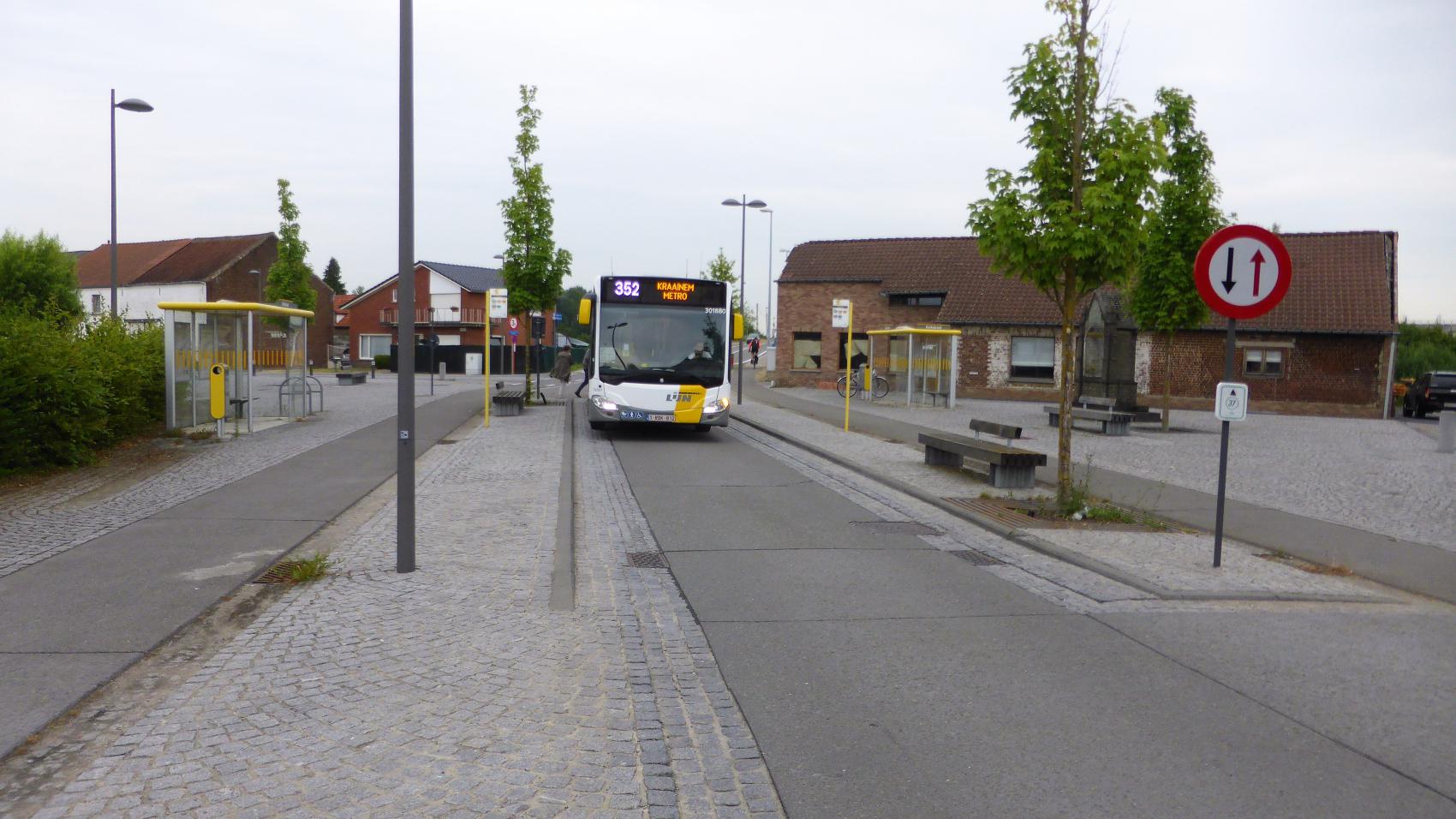 When the bus stops, cars driving in both directions must wait and pedestrians can safely cross the carriageway. Cycle traffic is not interrupted.

The carriageway was narrowed in a few more places in the village by planting trees in place of one lane or on both sides of the street. One of the locations marks the entrance to the village: carriageway narrowing with two trees forms a “gate”, giving the drivers a clear signal that they are entering a built-up area.

In all cases the cycling path width and clearance was left uninterrupted. Cyclists usually do not exceed the speed of 30 km/h, and are much lighter than cars, therefore there is no need to slow them down. 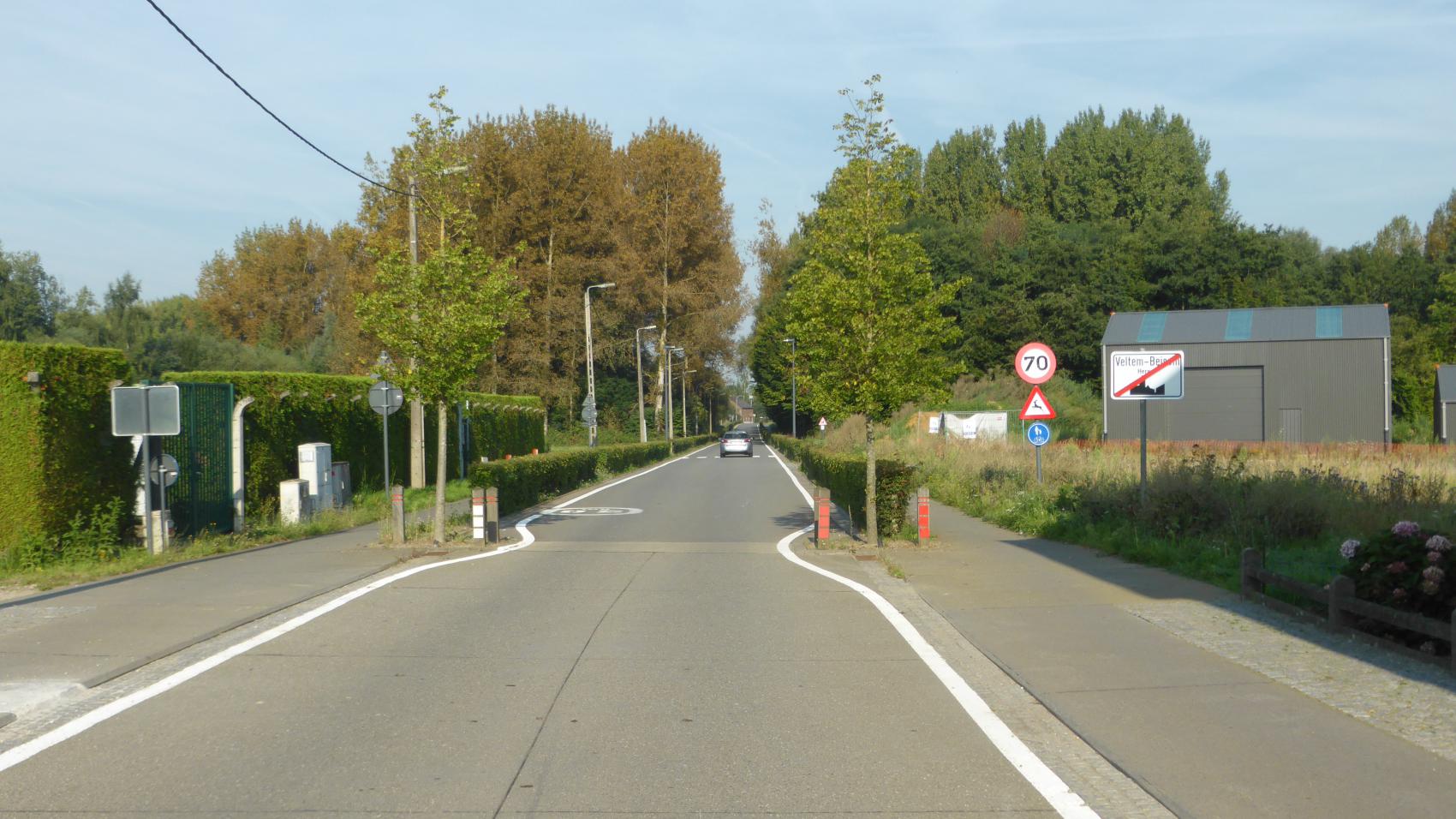 As the road leaves the village, speed limit is raised to 70 km/h and higher degree of separation between cyclists and motorised vehicles is justified – therefore the hedges between the cycle paths and the carriageway.

More about the F3 cycle highway: