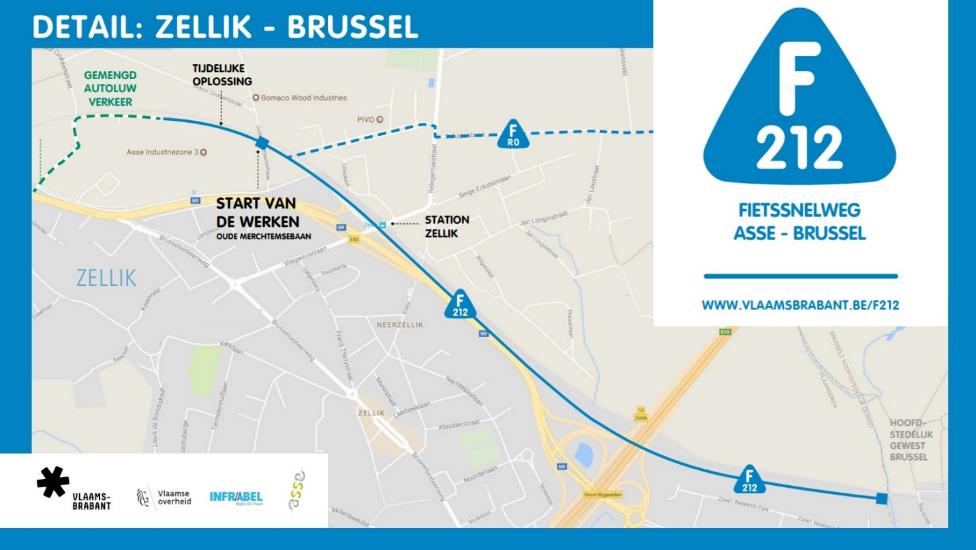 Construction works started on a new section of planned F212 cycle highway, next to the Zellik train station. When completed, F212 will connect the municipality of Asse (32 000 inhabitants) in the province of Flemish Brabant with Brussels.

F212 is one of the shortest planned cycle highways in Flanders, just 8.2 km of length. As many other cycle highways, it follows a railroad line (Jette – Dendermonde). When completed, F212 will connect the municipality of Asse (32 000 inhabitants) with Zellik research park, Asse industrial park and Brussels.

2.5 km section starting from the Asse train station is already rideable, partially on dedicated cycling path, partially on local roads with low traffic. In October 2017 construction works started on 1.6 km section next to the Zellik train station, and are expected to reach the border of Brussels before the end of 2018. Works include:

The cost of current stage is 3.4 mln euro. It is financed in 60% by the Province Flemish Brabant and in 40% by the Flemish regional government. 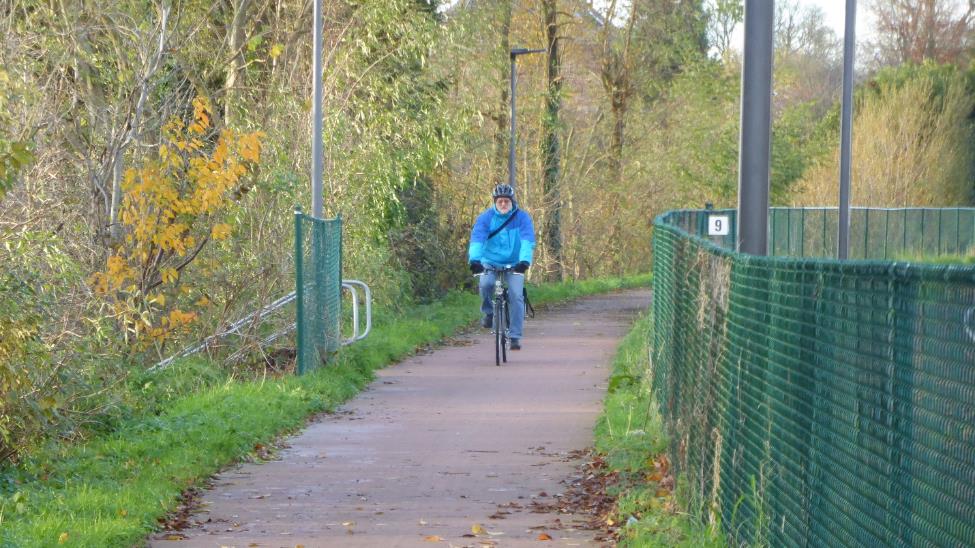 Completed section of the cycle highway in Asse. 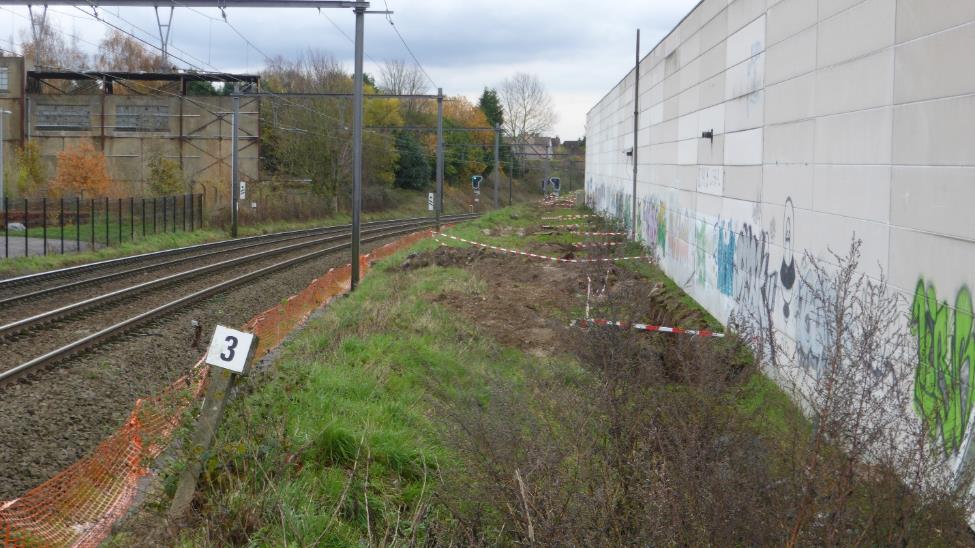 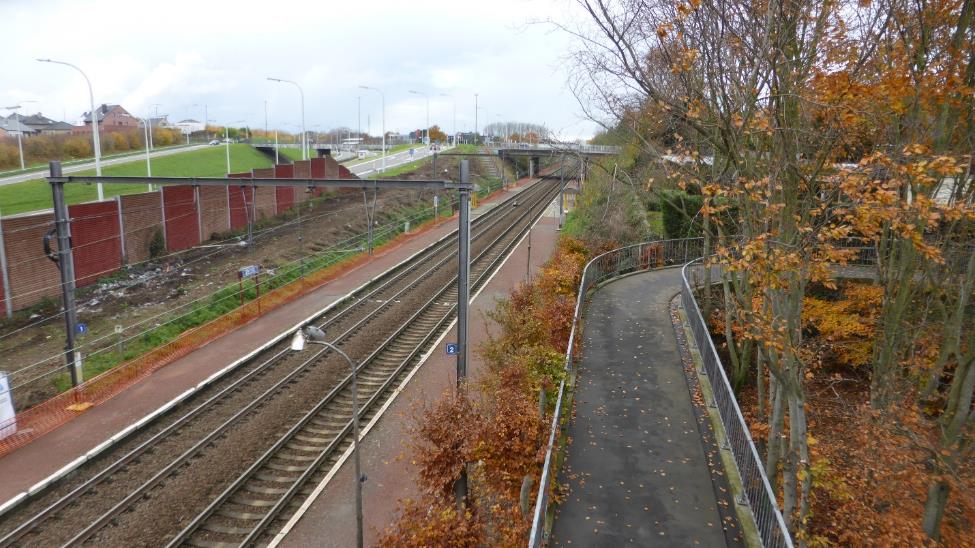 Zellik train station and existing spiral ramp from the cycling bridge. F212 corridor visible on the left (southern) side of the railroad.

On a section of approximately one kilometre the cycle highway will have to squeeze in the narrow corridor between the railroad and the N9 road.