August 8, 2017 10:52 AM
Continuing our journey on RijnWaalpad, the cycle highway from Arnhem to Nijmegen, we arrive to Snelbinder – a two-kilometre long bicycle bridge, used by 6000 cyclists daily. It is interesting both as an engineering accomplishment and from the urban planning point of view.

At the southern end RijnWaalpad connects with Snelbinder. Snelbinder is a Dutch word for an elastic bungee cord used to secure luggage on the back of a bicycle.  It is also the name of the impressive bicycle and pedestrian extension attached to the historical 19th century railroad bridge across the river Waal in Nijmegen.

The total length of Snelbinder, from Nijmegen Lent train stop to police station on Stieltjesstraat is two kilometres. The bridge was built in 2004 to allow direct access by bicycle to the city centre from the new housing developments in the north of Nijmegen. On average, 6000 cyclists cross Snelbinder on a working day.

The development is a good example of sustainable urban planning.  Cars can access the new residential areas as well, but they need to go longer way, via one of the two road bridges (of course, also equipped with cycling paths). By public transport or bicycle you can go directly to and from the city centre. Additionally, cyclists can enjoy the view of the river without being exposed to noise or pollution from motor vehicles.

Coming to details, it is worth noting the shape of railings.  They bend slightly outwards, and provide widest clearance at the level of typical bicycle handlebar.  This reduces the risk of hitting the railings with handlebar and provides more space for smooth flow of bicycle traffic in the rush hour, without increasing the width of the bridge itself. 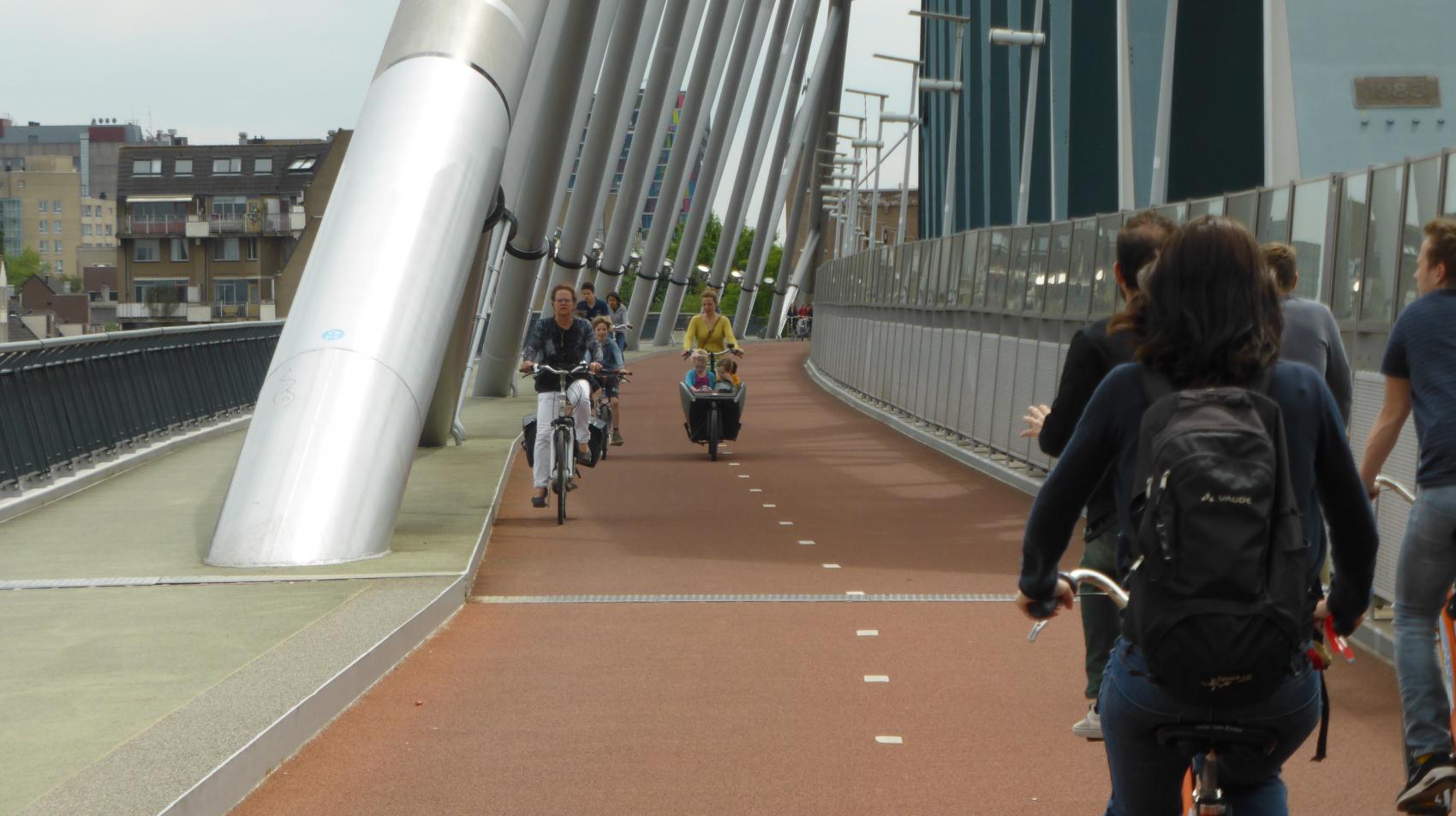 Snelbinder – a bicycle path attached to the railroad bridge over the river Waal. 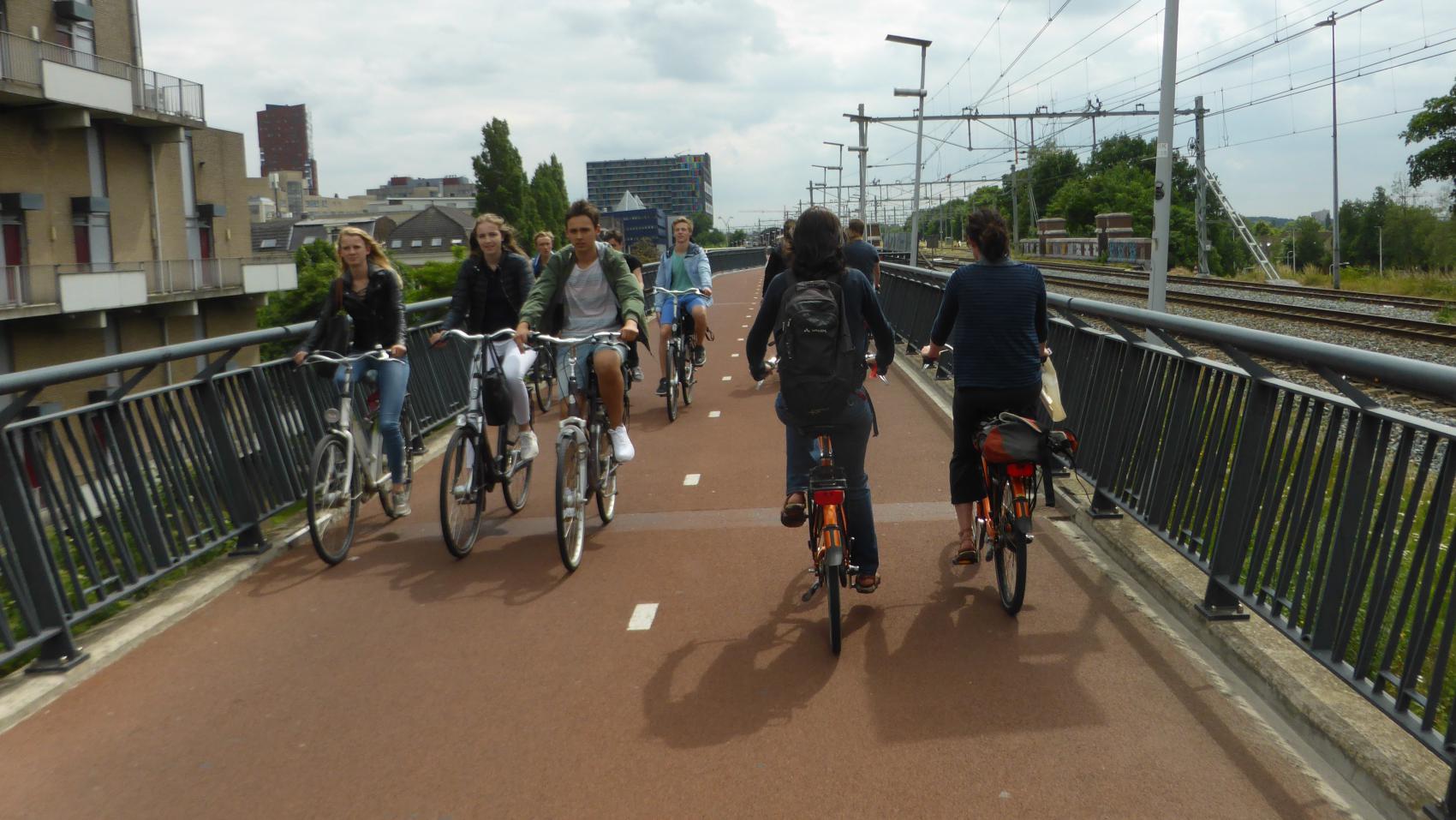 The railings bend outwards and have widest clearance at the level of typical bicycle handlebar, reducing the risk of collision and providing more space without increasing the width of the bridge itself. 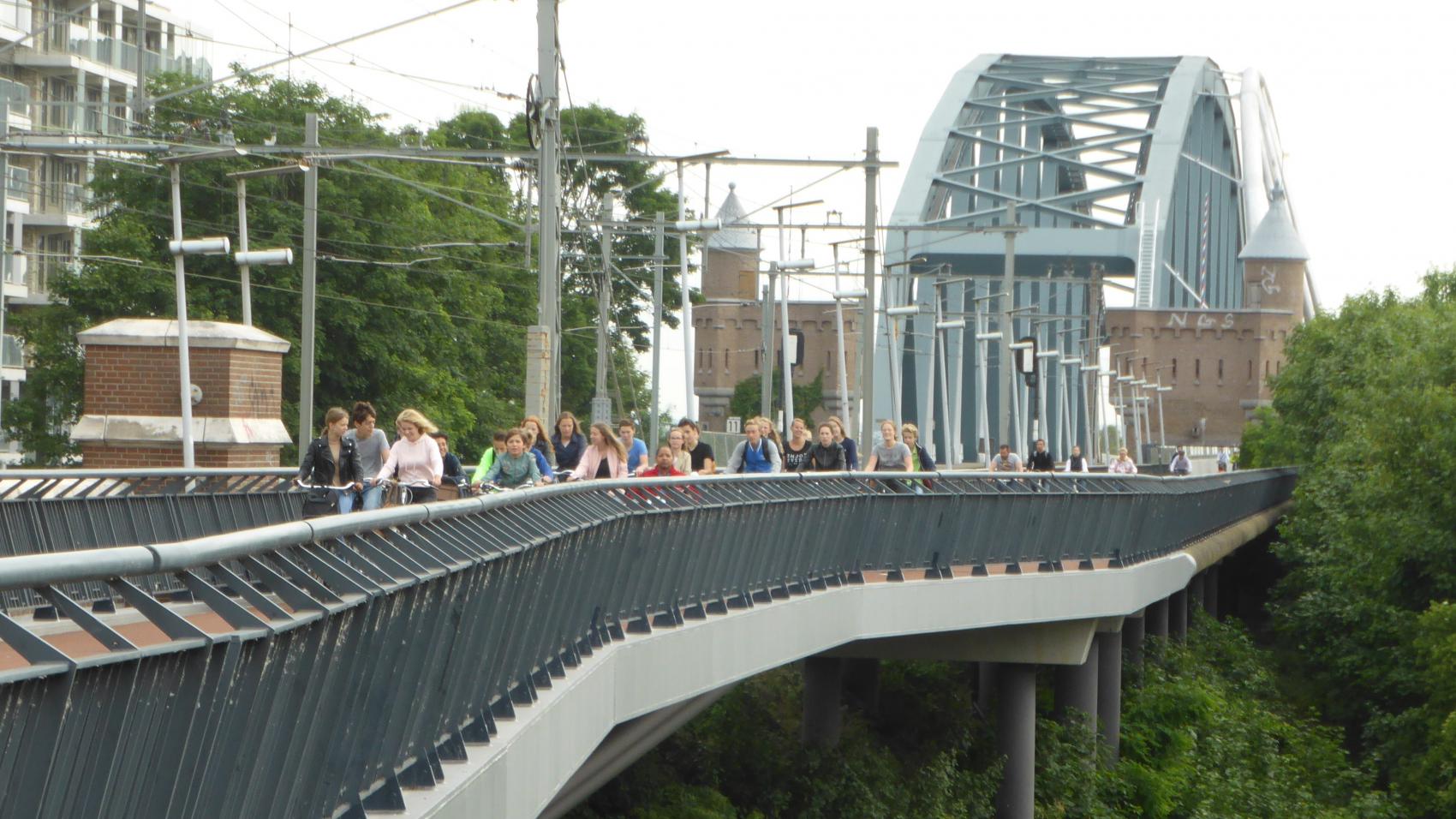 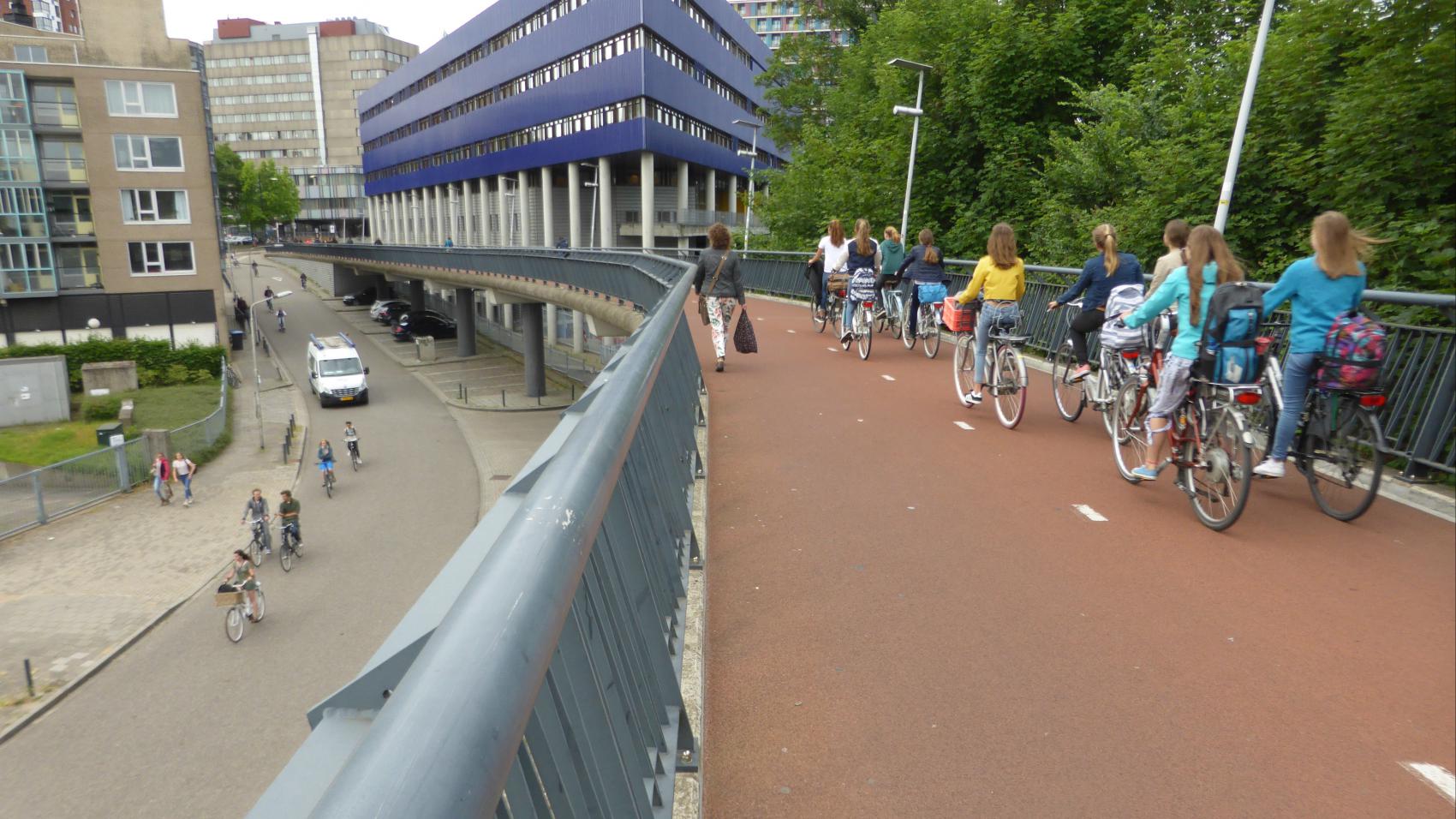 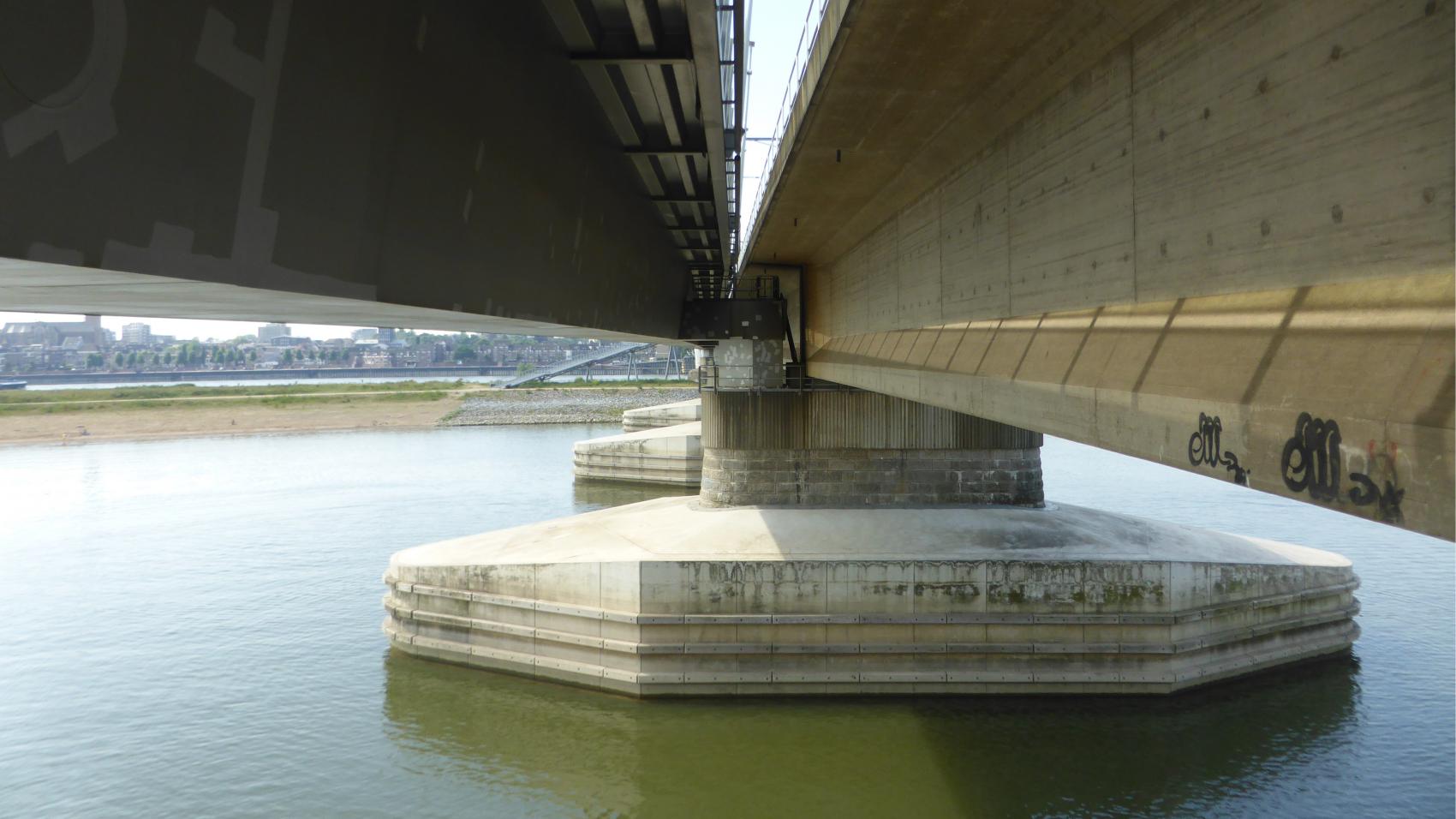 Snelbinder (left) and the new section of railroad bridge (right).

The article is a part of a series showcasing examples of best practice implemented by CHIPS project partners on cycle highways in North-Western Europe. In the next part we examine one more bridge on the RijnWaalpad.