A small green bridge that saves time for all users

In our series of articles showcasing infrastructure of cycle highways we return once more to RijnWaalpad, to examine “het Groentje”. The bridge was incorporated last minute into the design of Nijmegen ring road to avoid interruptions and delays for cyclists.

Het Groentje (The Small Green One) is a cycling and pedestrian bridge over Graaf Alardsingel, the new Nijmegen ring road (S100). It is much shorter than Snelbinder, but nevertheless interesting. It was not included in the original design of S100, and thus the cyclists were supposed to cross the road at level crossing with Margaretha van Mechelenweg.  But when planning for the RijnWaalpad cycle highway started, the ring road design was supplemented with an additional cycling bridge.

The small green bridge, opened in 2013. It saves the cyclists a distance of 100 m and waiting time of approximately 30 seconds at traffic lights. They have to climb 5 m up, but this is made quite easy by long, gentle and straight ramps. The crossings at the bottom of the ramps give priority to the cyclists coming from the bridge, so they do not have to brake and waste the energy used to climb – they can utilise it to go downhill faster.

Car drivers benefit from the addition of het Groentje as well. It allows for reduction of waiting times at the crossing, because most of the (quite significant) bicycle traffic is using the bridge. 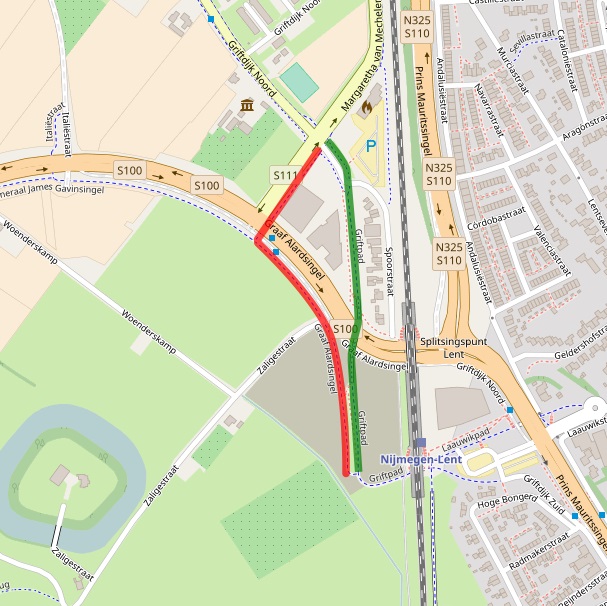 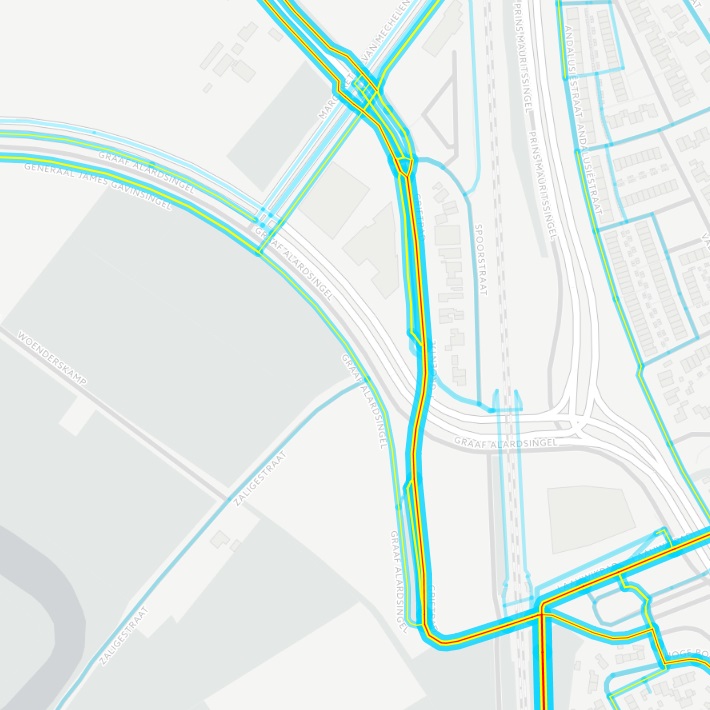 Majority of cyclists prefer to use het Groentje to cross Graaf Alardsingel. The level crossing is used by cyclists travelling further along the ring road to the west. Heatmap credit: www.bikeprint.nl. 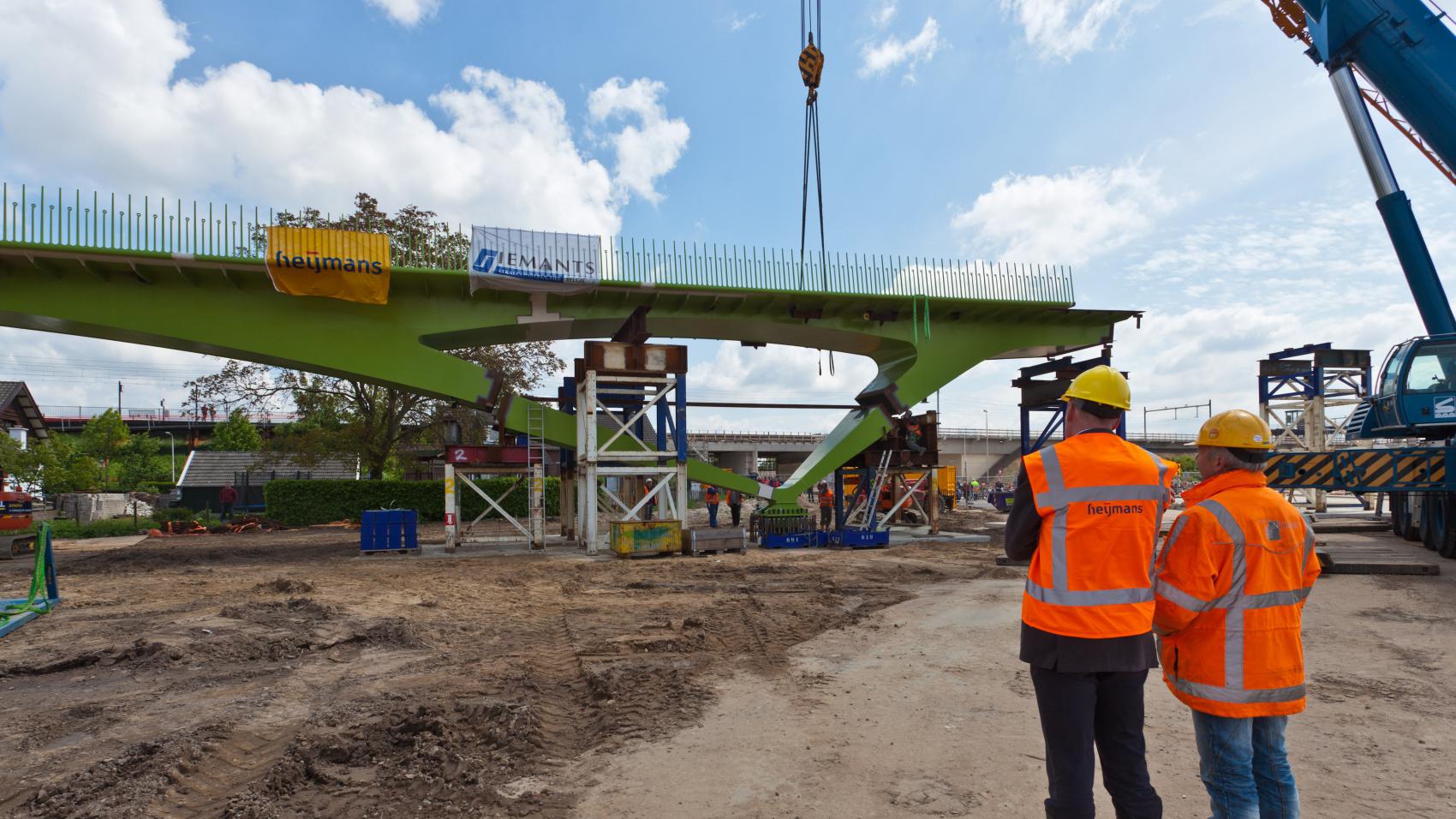 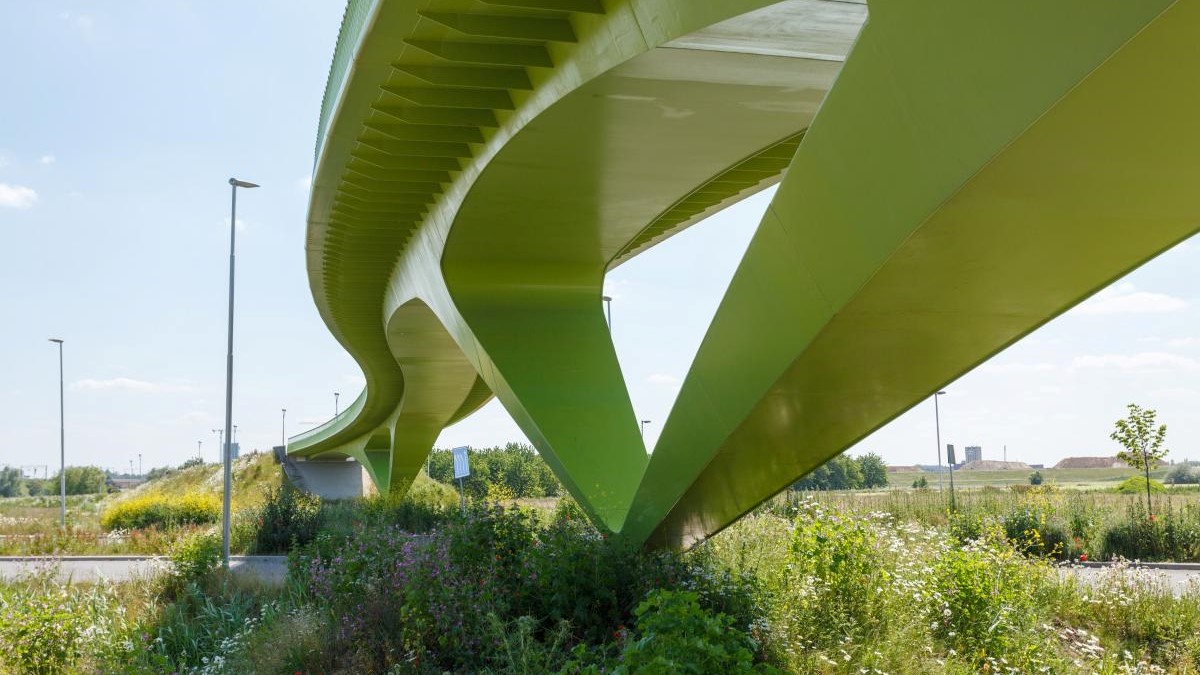 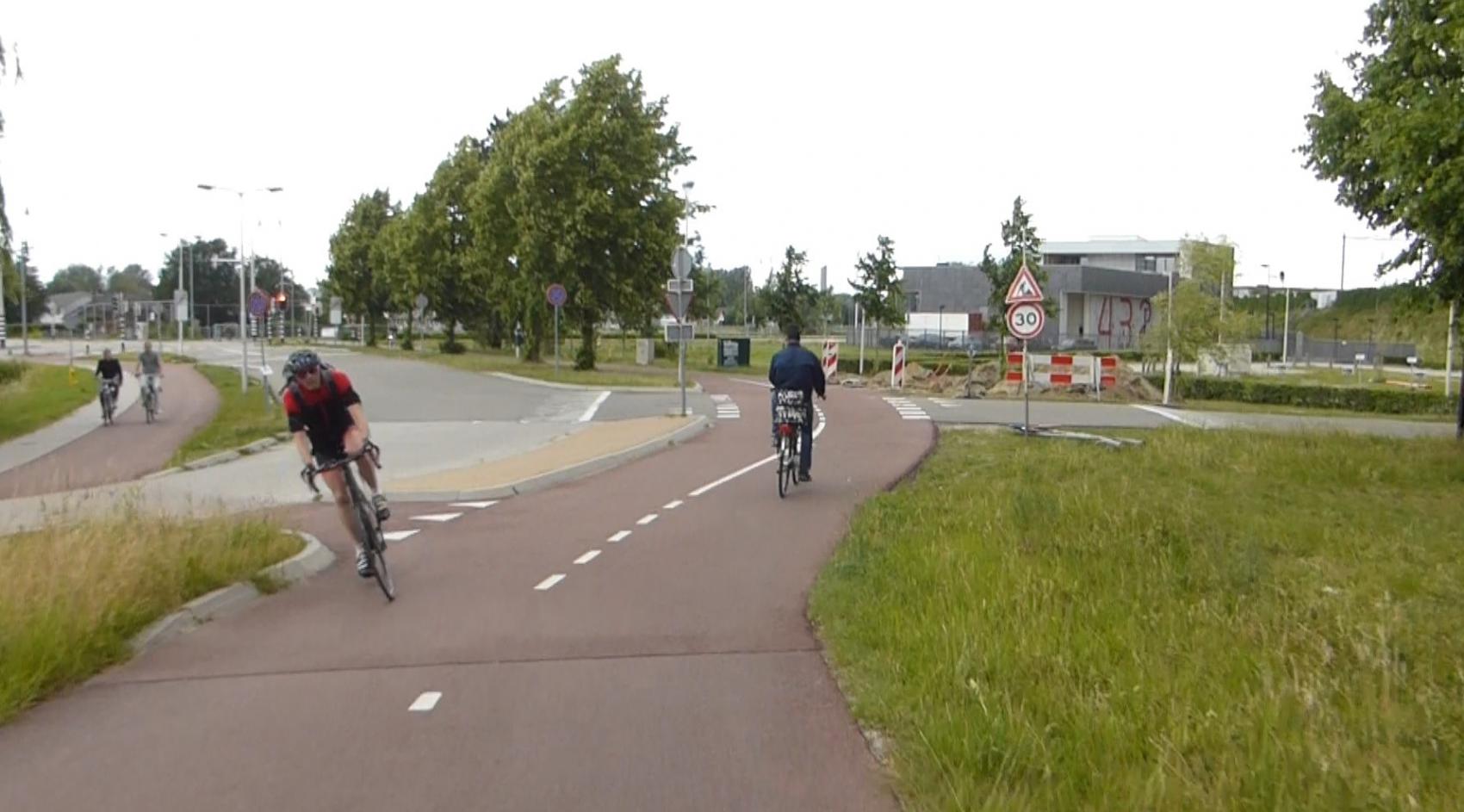 The crossings at the bottom of the ramps give priority to the cyclists coming from the bridge, so they do not have to brake and waste energy.

The article is part of a series showcasing examples of best practices implemented by CHIPS project partners on cycle highways in North-Western Europe.