A cycle bridge along a river 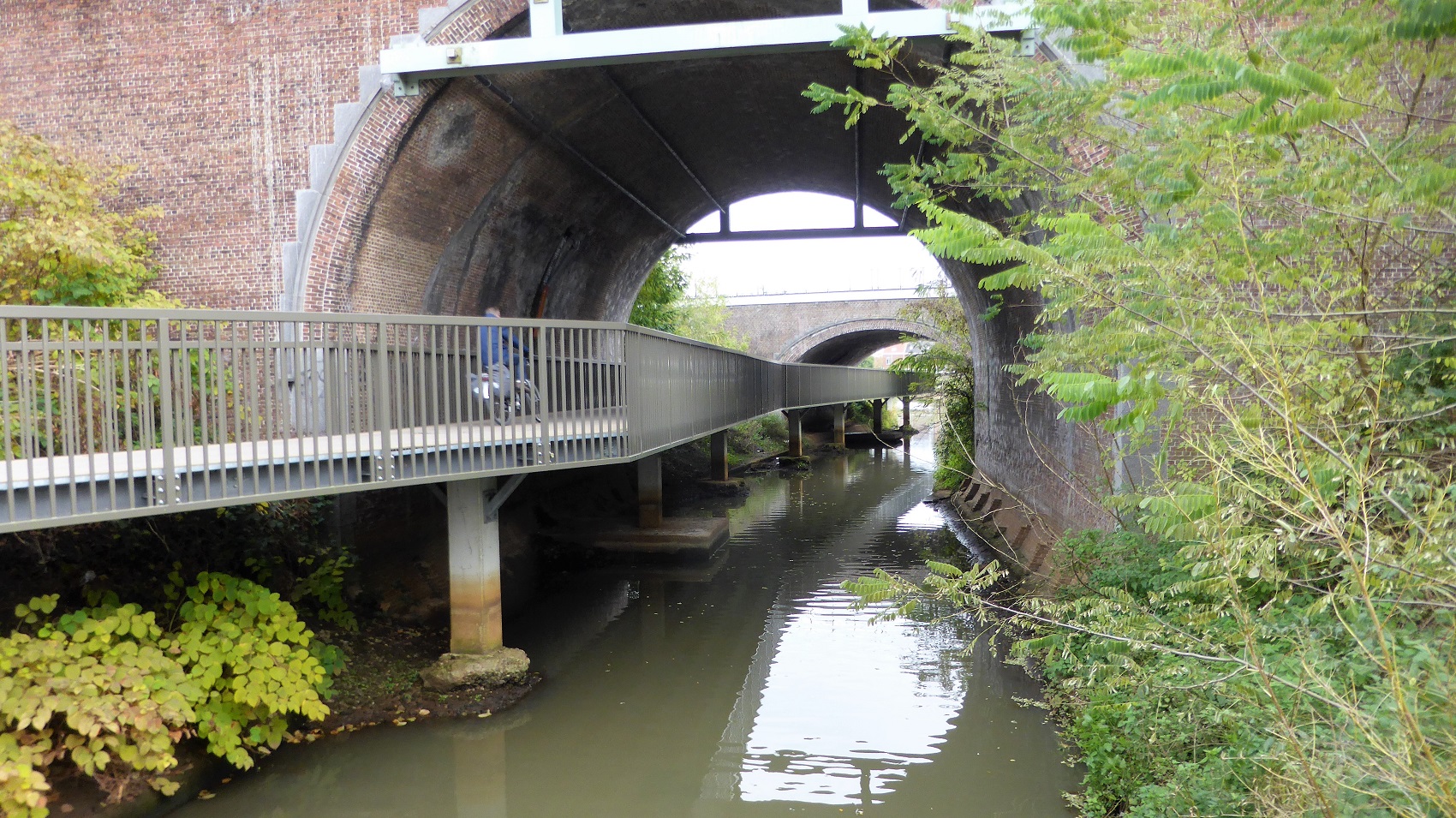 Usually bridges are built across rivers, but there are exceptions. On the F1 cycle highway a 100-metre cycling bridge was built along the river Vrouwvliet and under two railroad bridges. This sounds quite complicated, but in fact it provides an easy way to get to the other side of a primary railroad line. 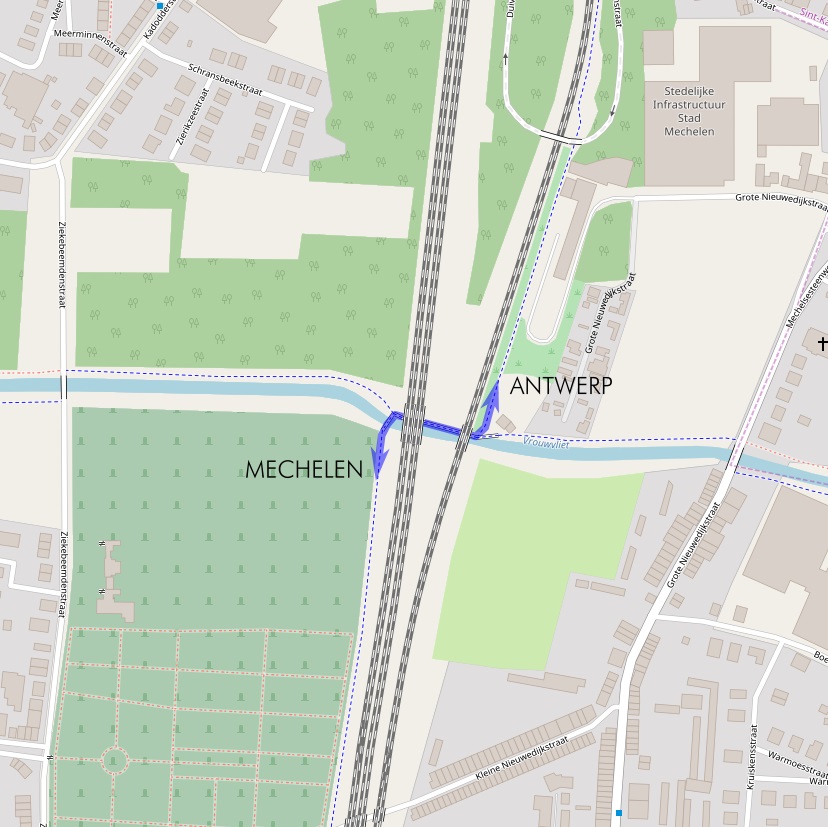 Location and alignment of the bridge along Vrouwvliet. Background © OpenStreetMap contributors.

The cycle highway F1 between Mechelen and Antwerp follows the railroad line, but partially on the west, and partially on the east side of it.  Between the Mechelen Nekkerspoel train station and the Vrouwvliet river, it is located on the west side, the next 7 km until Duffel – on the east side. There was no space on the river banks under the railroad bridges on Vrouwvliet, but plenty of clearance above the water (the railroad is on a high embankment in this area). In 2014 the province of Antwerp replaced an old narrow wooden bridge alongside the riverbanks with a new cycle bridge that followed the towpath alongside the river, but also made the connection between the cycle paths on the east and west side of the railway.

The new cycle bridge has a steel construction with a composite plastic deck. The material of the bridge deck turned out to be more slippery than expected, because of the moist microclimate under the railway bridges that kept the surface always wet. In the winter season it was almost impossible to keep the bridge free from frost. It was not an option to use salt for de-icing because of the fish in the river. To tackle the slipperiness of the bridge deck, an anti-slip coating was put on the surface in 2015.

Characteristics of the bridge:

- Build by: the province of Antwerp

The bridge is a part of:

- F1 cycle highway Antwerp – Mechelen (to be extended to Brussels);

- a local cycle route along Vrouwvliet;

- connection between nodes 98 and 99 in the regional recreational network. 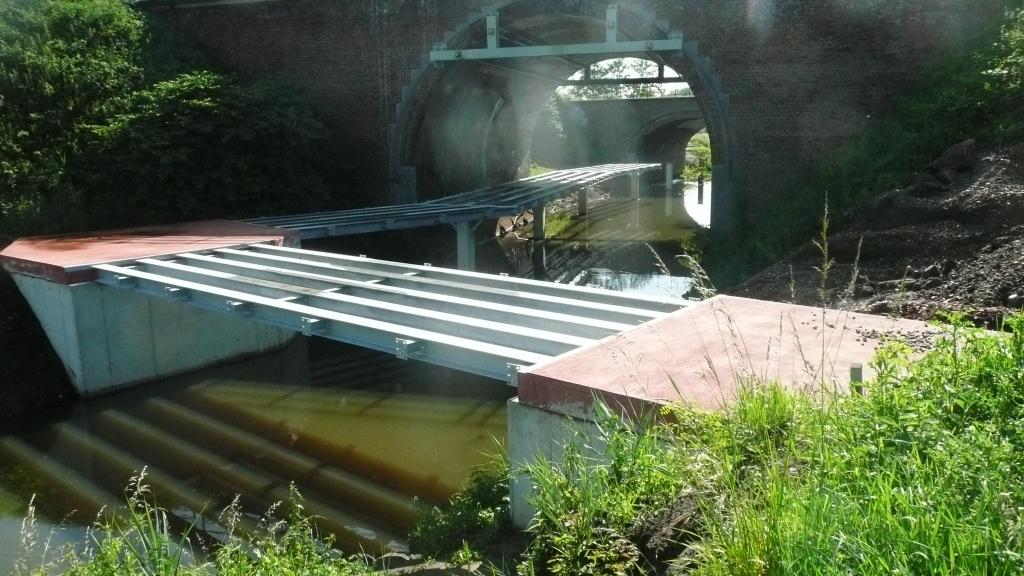 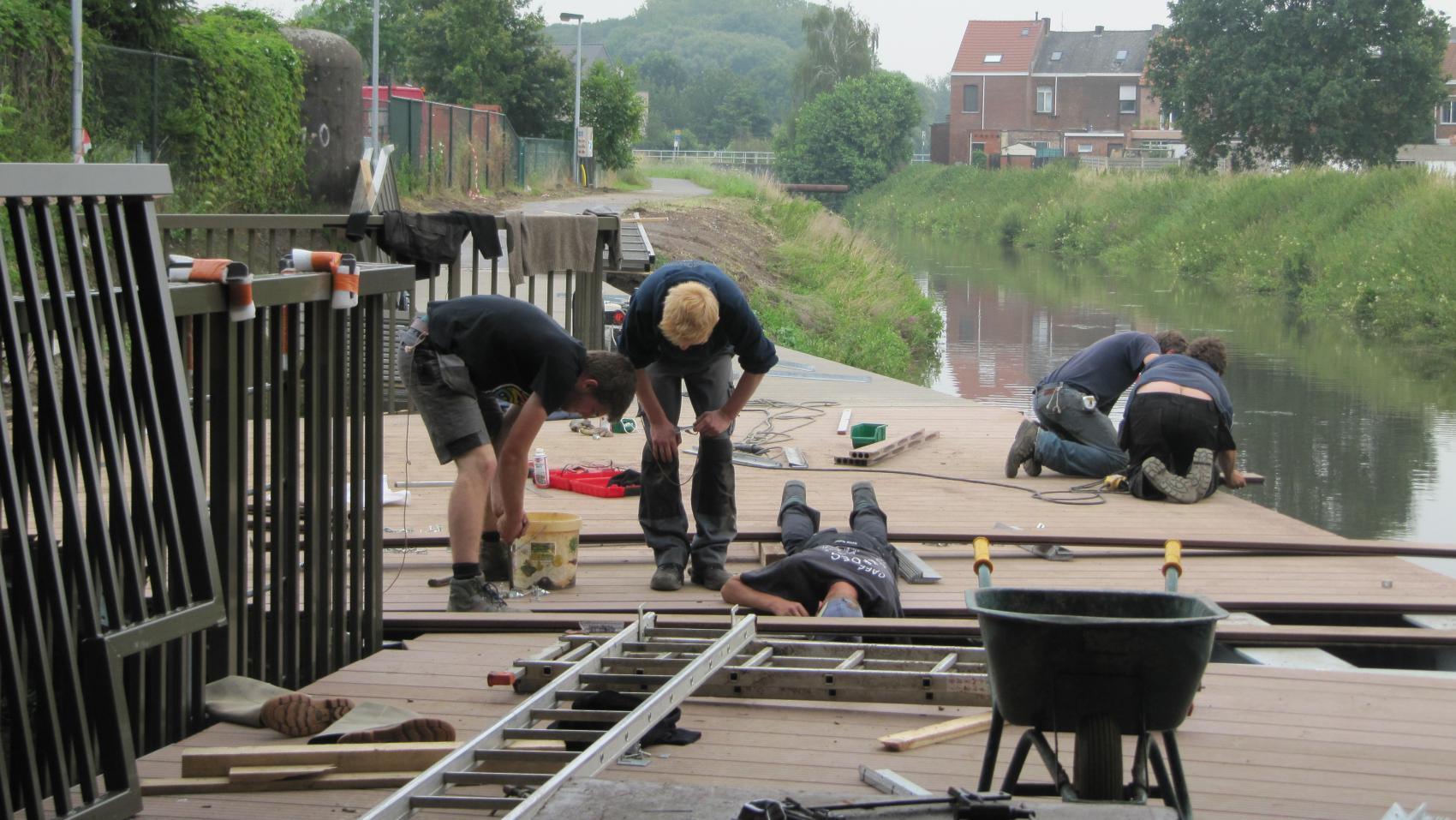 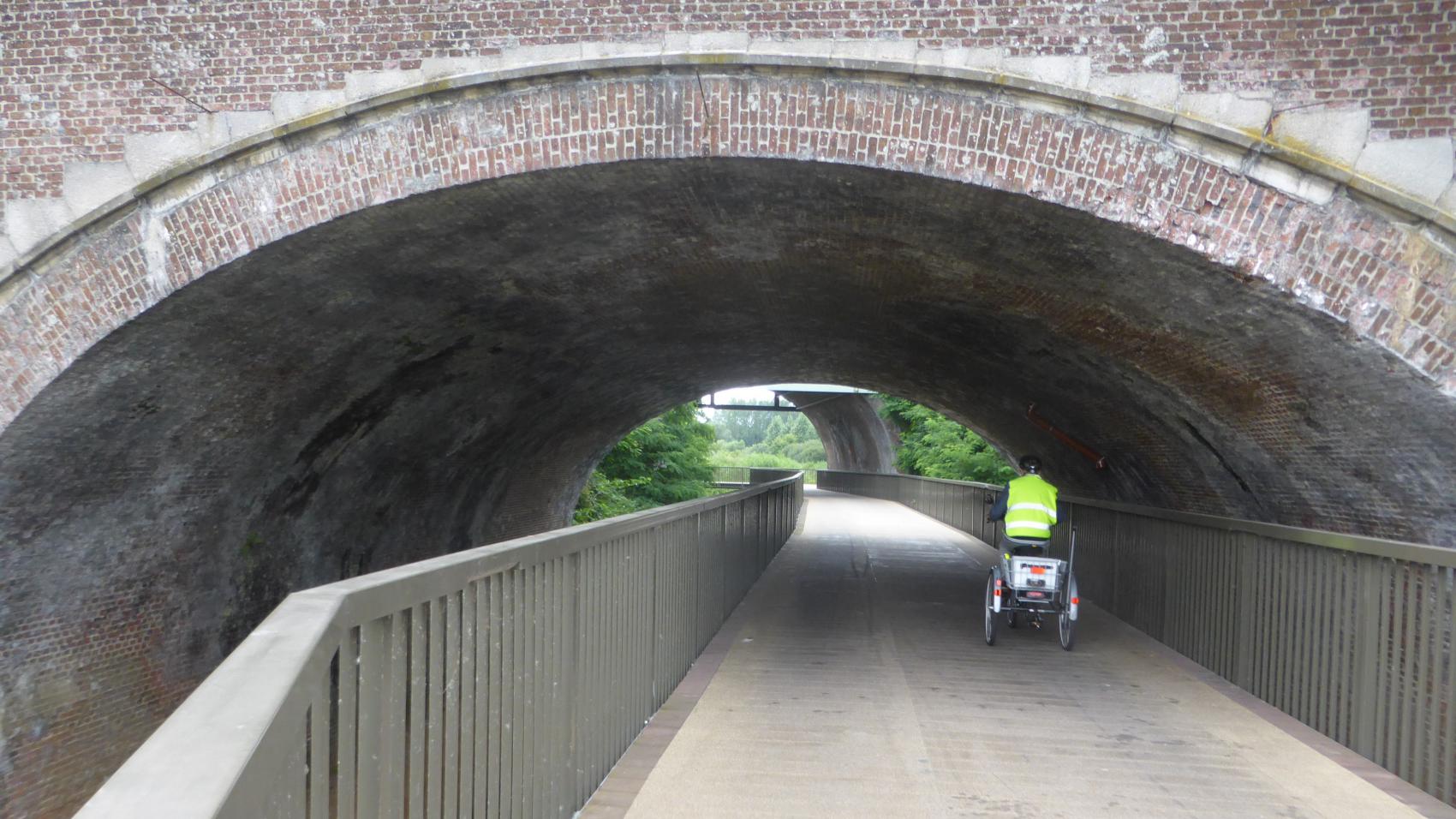 Cycling bridge along Vrouwvliet – view from the eastern side. 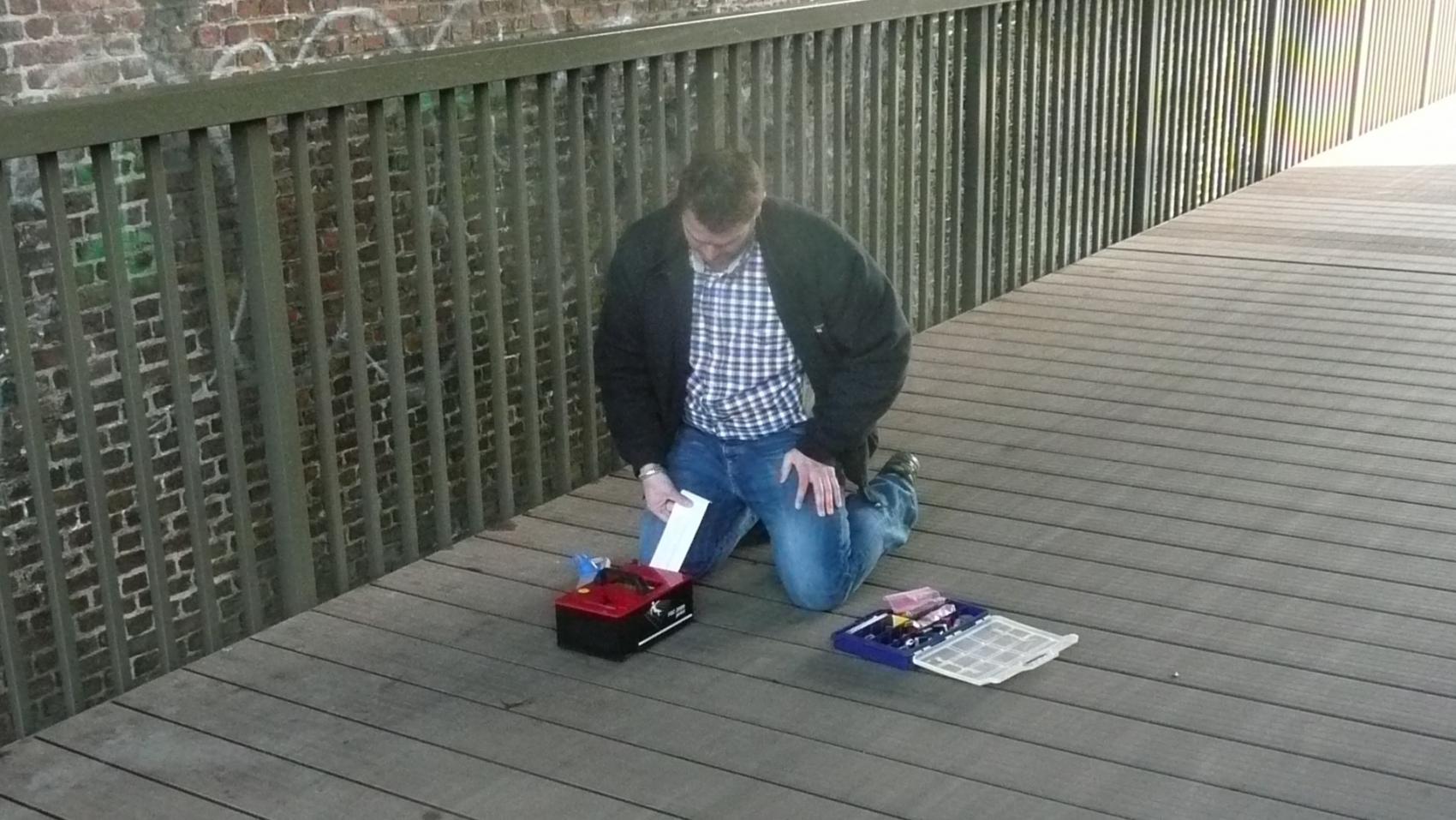 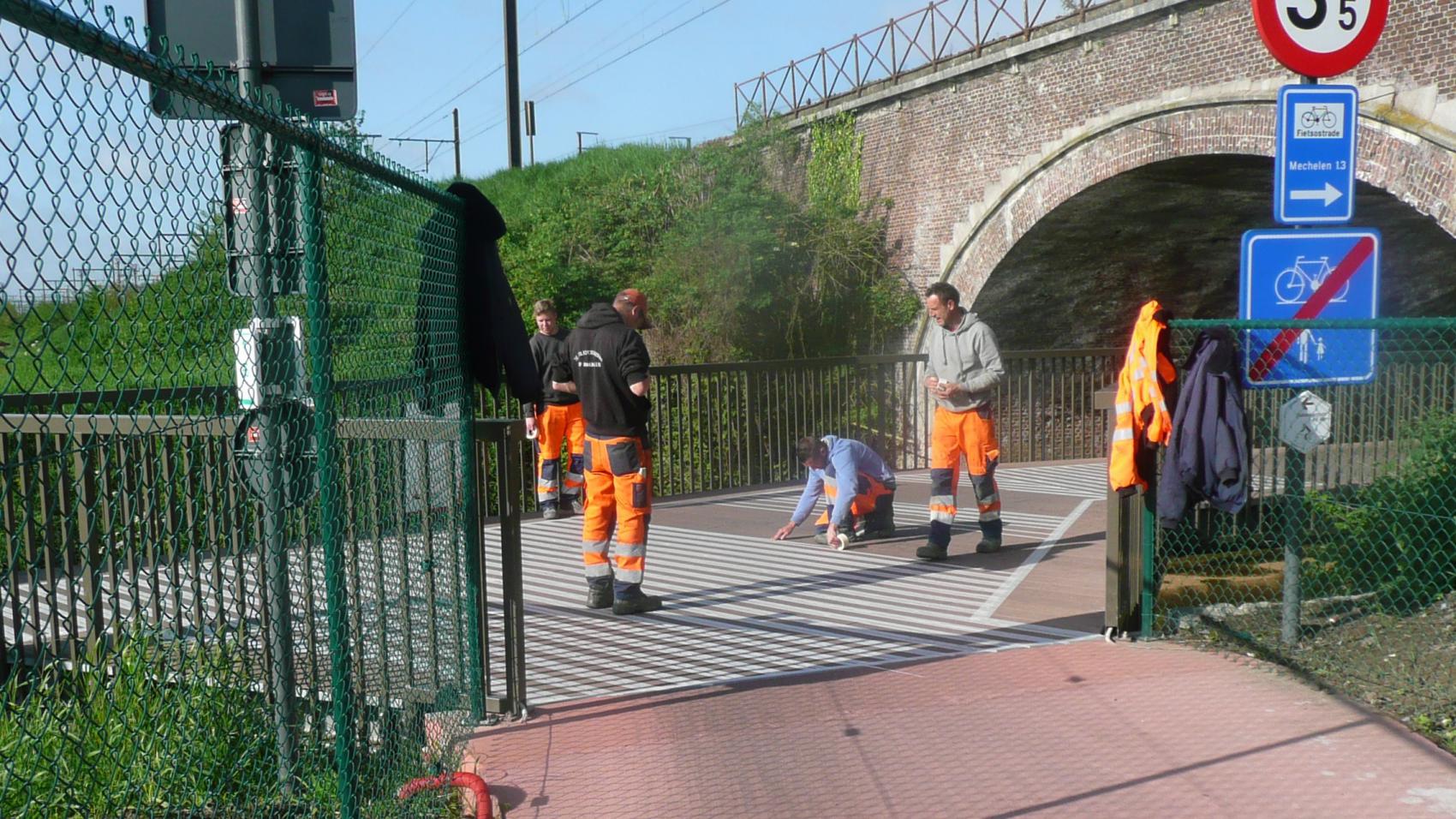 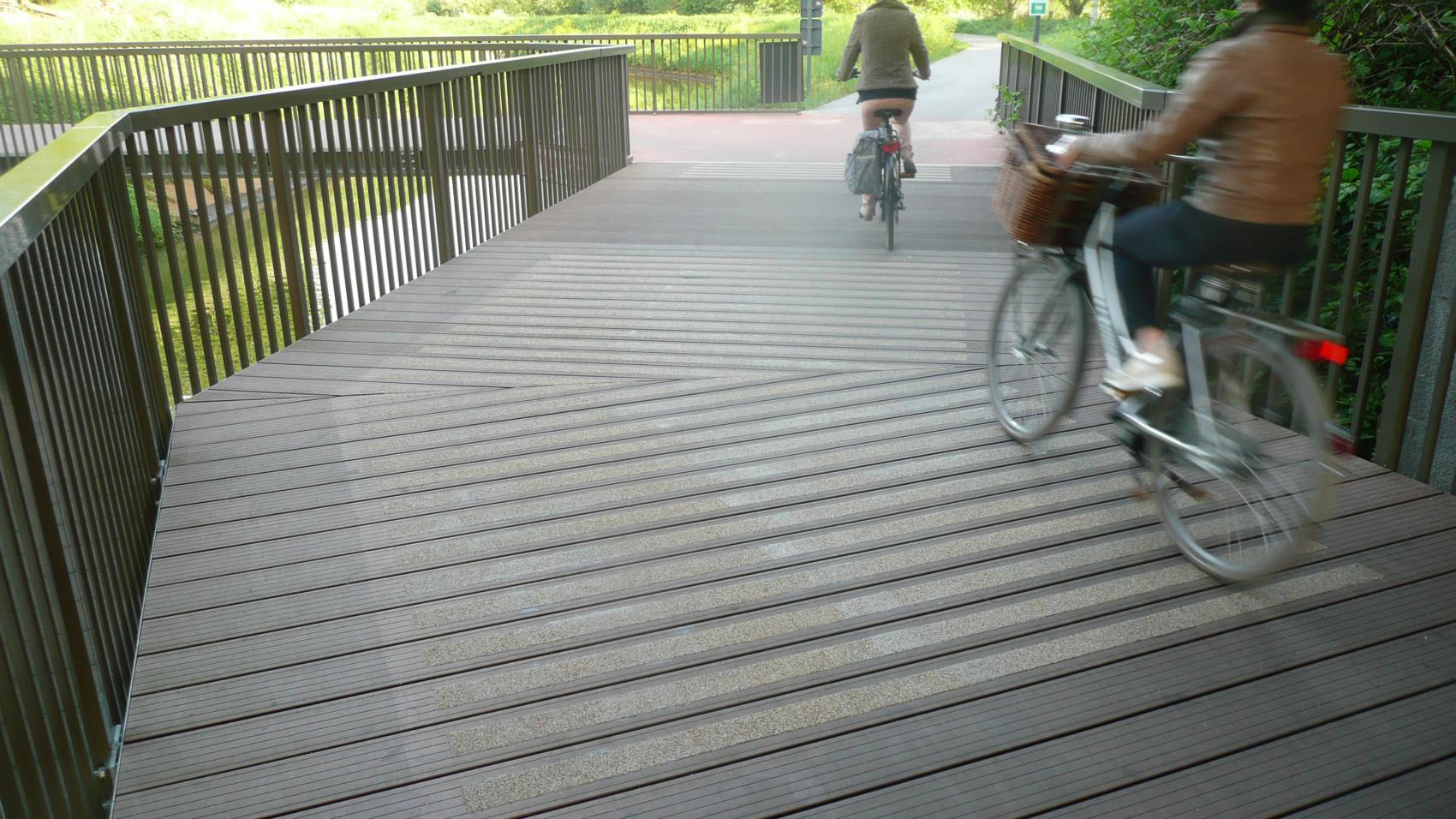 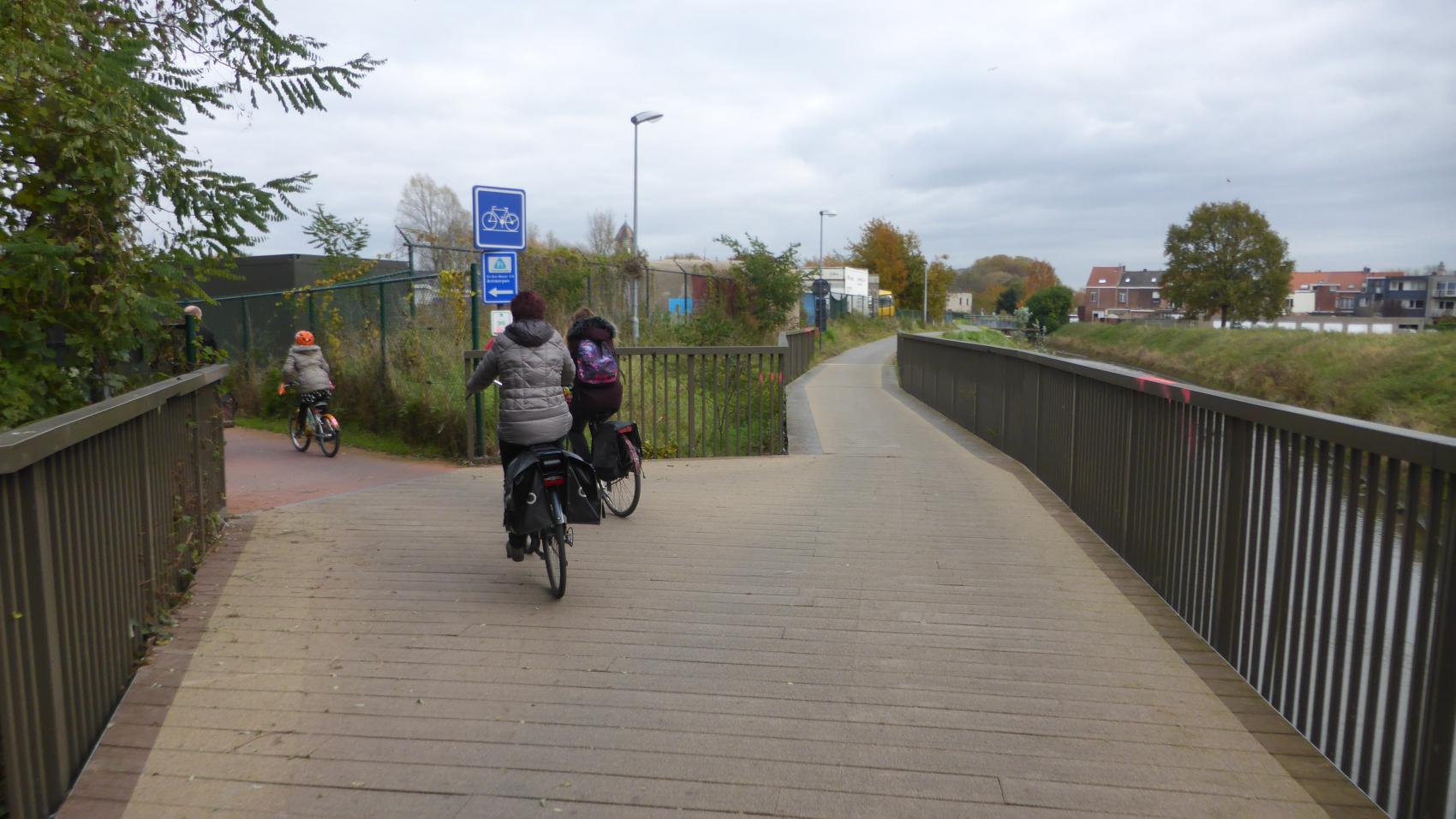