In May 2013, a train accident in Wetteren (Belgium) led to toxic water in the sewer system next to the track. 2000 people had to vacate their houses for several days due to toxic fumes in the sewer. Furthermore, high levels of of acrylonitrile were also found in the soil and groundwater. There was, unfortunately, one fatality. To ensure this doesn’t happen again, Flanders Environment Agency (VMM) decided to create an online web map, tracing toxic wastewater in the sewage system to avoid it flowing into open water. 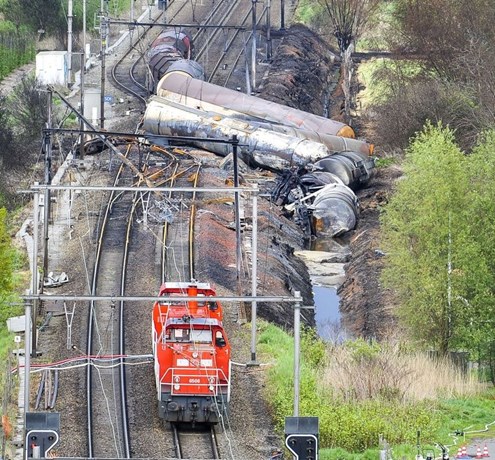 Sewers and watercourses are combined to prevent flooding when heavy rainfall means the sewage system is overflowing. This water is normally rather clean and could safely flow into recreational water but, naturally, this has to be avoided in the case of toxic wastewater! 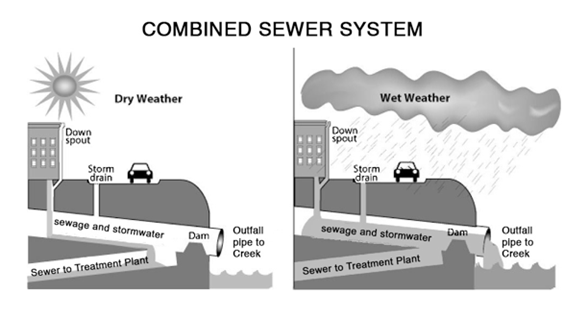 With the web app tracing the wastewater, if any overflow containing polluted wastewater is detected, the sewers can be closed immediately. The overflow is then directly guided to a wastewater treatment plant. Thus, potential environmental damage or health issues are prevented. 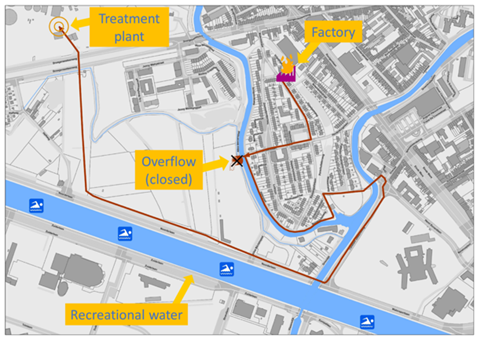 Use of different datasets

To set up the web app, VMM uses hydrography data from all surface waters like creeks and larger rivers, data from the sewer system, and an algorithm for up- and downstream tracing (going back to the source of the water and all the way to its end point). The algorithm is compatible with European INSPIRE standards for network data (INSPIRE Generic Network Model). The algorithm will also be tested in Delfland (the Netherlands) and it can be expanded to other countries. Public authorities in the Czech Republic and Portugal have already expressed an interest in the algorithm.

Besides avoiding environmental damage and health issues, this pioneering compilation of information will help first aid responders and authorities to get an overview of a precarious situation. Rather less urgently, the algorithm will also help sewer managers to better understand their part in a larger sewer network , allowing them to see the bigger picture and their potential impact on neighbouring networks.

The algorithm can also help with the planning and renovation of the sewer infrastructure. Namely, the app traces the amount of water passing through the sewer network and indicate the complete existing infrastructure. Based on this information the network can be maintained and expanded.

Pilot of the BE-GOOD project

The development of the wastewater tracing system is one of the European project BE-GOOD’s 11 pilots. BE-GOOD is a pioneering project aiming to unlock, re-use and extract value from Public Sector Information (PSI) to develop data-driven services in the area of infrastructure and environment. By making the wastewater tracing algorithm open source, it can easily be used and adapted by others. The use of the INSPIRE standard in the tracing algorithm makes it especially suitable for the European context.