Review your bus to improve the public transportation system

Please notice: Given the current situation and in following the Health Service Executive advice, it was decided to postpone the release to the controlled focus group as general travel and use of public transportation is now restricted.

Instead, we will continue with the focus group and stakeholder members to have an extended testing of the APP with regards to test scenarios and review the feedback on the experience. The feedback generated from the focus group will be considered by Dublin City Council when working with the BE-GOOD project partners to explore how we can capitalise on the Rate My Service project in the North West Europe region. Also from the feedback received, this will be incorporated into enhancing the application and at a future date it is planned to release this APP in partnership with the National Transportation Authority, when the circumstances are suitable to release to the public.

From hotels and restaurants to movies, we’re used to consulting reviews before making a choice. So why aren’t we doing this with services like building maintenance or public transportation?

As the local authority, Dublin City Council is sponsoring a new service that allows public transport users and providers to engage with each other and exchange feedback. To that end, a mobile device application is currently in development to make it easier for users to share their opinions through one centralised channel and engage with public transport services providers. The council is responsible for the provision of services and infrastructure across its administrative area and, as such, it is hoping to later adapt and reuse this methodology across a wider range of services.

The application will focus specifically on bus transportation. Every morning, over 100,000 people enter Dublin city centre by bus, train or tram 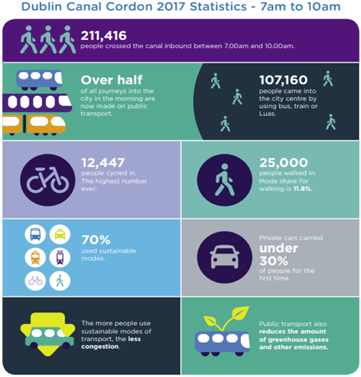 Since increased use of public transport reduces both greenhouse gas emissions and transport congestion, the council wants to improve the user experience of the bus services.

Via the app, users can score a bus route and individual stops based on factors like cleanliness and punctuality. Other users can then consult the reviews on the app to inform how they plan their journey. The app would mainly be for regular users of the transport service, but less frequent users like tourists would also provide valuable feedback on the level and quality of a given service

At the same time, the backend data analytics of the app will give transportation providers the opportunity to analyse specific stop information and improve the performance and experience of their service. This information will come online at a time when bus services are undergoing a radical which has started looking at rethink a “next generation” network of bus corridors on the busiest bus routes to make bus journeys faster, more predictable and reliable. This could lead to an improved network, connecting more places and carrying more passengers.

The application will be based on open source technologies and will be language independent. This means it can be easily implemented in different cities across Europe. Dublin City Council will work together with other BE-GOOD partners for transnational replication, the Loiret Département and Glasgow City Council to explore the possibilities for such an application in these regions. Furthermore, the API could be used to develop similar applications for local authorities, central governments or other modes of transport, like rail or train. The app has potential that goes beyond public transport - the model could work for so many other public services such as libraries or building maintenance.