Large trucks, also called Heavy Goods Vehicles (HGV), only make up a relatively small proportion of road traffic. Nonetheless, HGVs are regularly involved in some of the most serious accidents leading to severe consequences for other road users. In 2015, 377 collisions were reported with cyclists in the UK, of which almost a third were seriously injured or even killed. 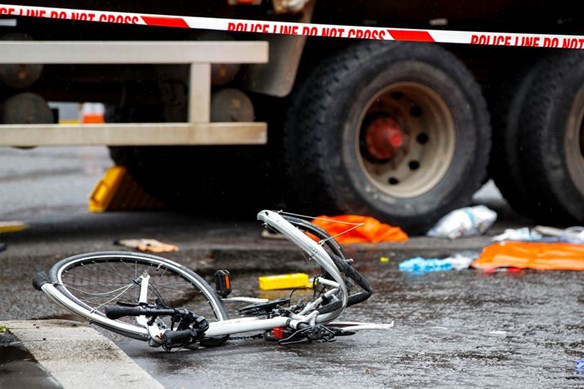 The City Council of Dublin has therefore decided in 2007 to only allow HGVs with a specific permit in the city centre. This permit can, for example, be requested by HGVs which need to deliver or collect goods from the premises or construction site. All other HGVs need to take a different route between 7AM and 7PM. With this rule, the council is looking to improve the safety and well-being of more vulnerable road users like pedestrians, cyclists and even smaller cars. So far, the HGV strategy has resulted in dramatic reductions of HGVs within the city centre area. There are now between 80-94% fewer HGVs on the different routes within the cordon area, which translates to 4,1000 HGVs a day. This drastic decrease has facilitated the introduction of the Dublin Bike scheme and a more general growth in cycling in the city.

While these are great results, and a permit is now obligatory, there are still HGVs entering the restricted area without a permit. 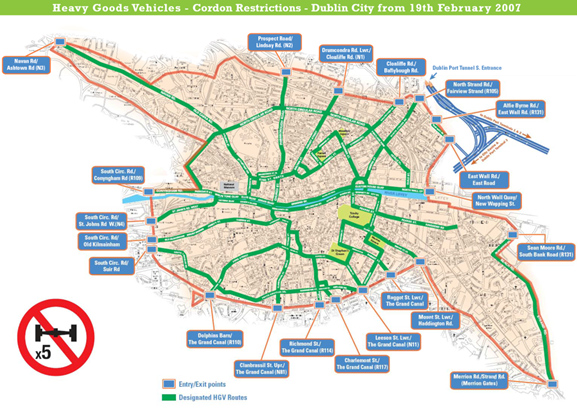 Unfortunately, the police (the An Garda Siochána) have limited means to check these permits. Currently, they have to stop the vehicle or contact the central database administrators. Besides, citizens don’t have any mechanism at all to check in real-time whether an HGV has a valid permit or not. Therefore, the Dublin City Council developed a mobile device application and monitoring system for citizens, law enforcement and city visitors to engage with the city council to verify and report permit infringements.

Building this app means the City Council had to open up data on HGV permits. While this may sound straightforward, the Council naturally wants to avoid implications on data privacy. Hence, the Council looked with great detail into the General Data Protection Regulation (GDPR) to make sure the data used is not including privacy-sensitive information.

The Council is working with TEKenable to develop this app which will provide users, including the police, with a more accurate overview of where and when HGVs without permits are driving where they shouldn’t. The Dublin City Council will use the output to do analyses of reported infringements to improve compliance of the permit together with the safety and wellbeing in the city.

As part of the European funded BE-GOOD project, the HGV permit checker has been developed with the idea of expanding the app to other cities like Orléans. To facilitate such interest, the design is language-independent, meaning it will be easily shared across borders.