Ensuring the continuity of traffic flow in the Loiret

he Loiret, located in the heart  of France, is known for its beautiful castles, great forests and historical cities like Orléans. But nowadays it’s also getting a reputation as an environmentally vulnerable area, especially following the floods of 2016. While most flooding in the area are caused by the river Loire, in this case, the source was, unexpectedly, a handful of streams. During the inundation, more than 700 people had to be evacuated. In total, the local council reported that 249 towns were hit by the floodings and 160 roads got blocked. 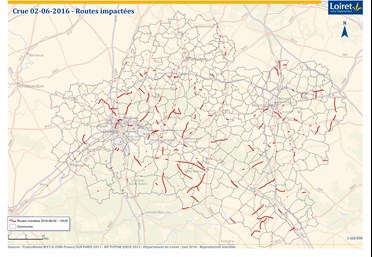 The flooding waters also trapped 200 motorists on a highway close to Orléans, who eventually had to be rescued by the army.

The sheer extent of disruption caused by these floods highlight the pressing need for a common information system between the different administrative authorities, the Département du Loiret and Orléans Métropole. As it was, each authority relied on their own systems and the data that was available to them. This resulted in communication difficulties about the real-time situation on the roads for different parties like first aiders, road workers and citizens.

While the floods in 2016 were an exceptional situation, anything from roadworks or car accidents to snow can affect the traffic flow of people and goods on a daily basis. With important logistic poles like Pole45 and the Cosmetic valley and more than 3,5 billion kilometers driven per year in the Loiret department, homogenous and real-time information about the roads is a necessity.

Therefore, the deputies of the Département du Loiret and Orléans Métropole have requested to set up a tool which helps to improve the road traffic of people in the Loiret. The two authorities contracted the SME Nextérité to develop a data platform combining different types of data like roadworks, public transport, upcoming events, parking data and the weather forecast. The data platform will be the direct data source for two web applications: one for road managers and one for the road users (the general public).

The app for the general public will allow them to choose between different routing options like by public transport, bike or car, while taking road incidents into consideration. Based on the near real-time road information, users can decide which route they want to take. The app designed for road managers will give them the option to easily report incidents which will directly feed into the data platform and the app for the general public.

As an outcome, the apps will help to improve the information about road incidents, reduce traffic congestion and will lead to a safer environment with, for example, a faster intervention of first aiders. 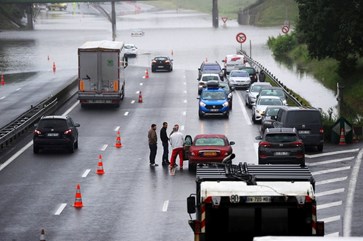 Furthermore, combining the different data can also lead to a faster resolution of road interventions like blockages due to accidents or road damages. This will help ensure the continuity of traffic flow of people and goods.

Opening up the data and building the platform and the web apps are realised thanks to the European funded BE-GOOD project. BE-GOOD is a pioneering project aiming to unlock, re-use and extract value from Public Sector Information (PSI) to develop data-driven services in the area of infrastructure and environment. Other partners within the project like the Dublin City Council and Rijkswaterstaat (the Dutch Ministry of Infrastructure) have shown interest in the data platform.It has potential to optimise information sharing well beyond the borders of the Loiret.

The capitalization of the challenge Continuity of Traffic Flow strongly contributed to the ViaPro/ViaFacil uptake in the ecosystem previously identified and expanded its potential with new stakeholders.

ViaPro is progressively entering in the daily use of the road department which is the guarantee of true viability of the service. In parallel, Orléans Métropole participates to this territorial success by involving roadwork enterprises in test phases for better adaptability of the tool to roadworks issues. Finally, new service contracts of Nextérité during the past months show how the solution developed is replicable out of Loiret.