Digital citizen dialogue to optimise the design of public services

Like so many local authorities, Glasgow City Council (GCC) has long used the traditional procurement model when it comes to tackling the city’s social, economic, and environmental challenges - identifying the problem, outlining a solution and seeking out the relevant service providers. But as a BE-GOOD project partner, GCC was free to explore alternative processes and it’s already having a far greater impact than anticipated. This experience is helping to change the way GCC works.

Turning the process on its head

BE-GOOD presented an opportunity for GCC to try something different with the safety net of EU funding. Breaking away from the traditional approach to problem-solving at a city level, GCC decided to focus on the challenge, rather than a predetermined solution. Understandably, there was some apprehension about a process with an unknown outcome. Rather than striking it out on their own, GCC turned to CivTech to give themselves the best chance of success. CivTech is a tech accelerator hosted by the Scottish government that uses a challenge-driven approach. It includes an innovative procurement process, which matches public bodies with companies proposing to develop a solution. As opposed to putting out traditional tenders, using CivTech meant that GCC had to focus on defining a challenge and not a solution. Previously, CivTech was the domain of central government organisations. In the first few calls, Glasgow and Stirling were the only participating local authorities. Happily, there are now increasing numbers of local authorities following their lead. 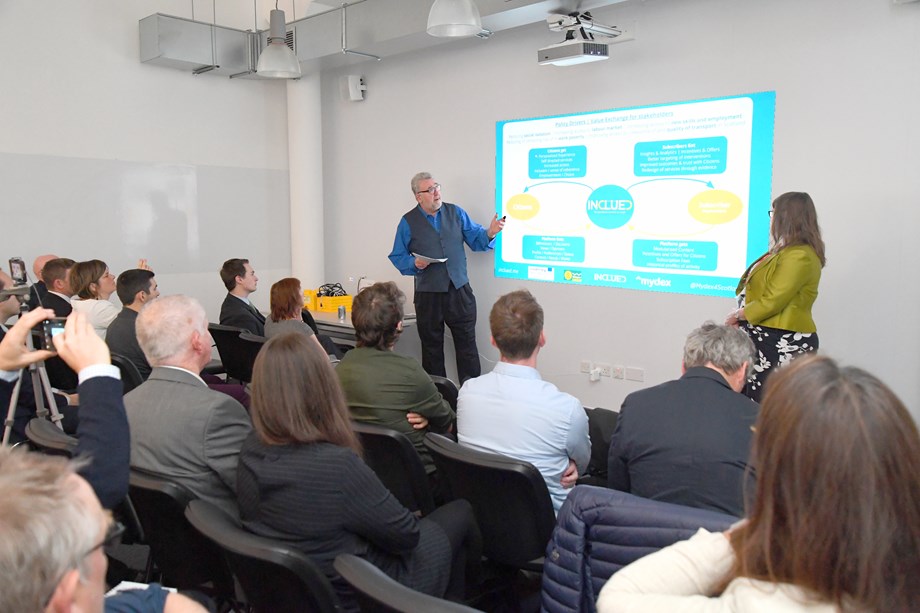 Mydex presenting at the roadshow

The original challenge that GCC set centred on public transport. Glasgow was facing an issue many cities are familiar with - citizens only having limited access to public services. How could it better connect people to places and services? Through CivTech, nine solutions were presented to GCC, most of which followed the convention of optimising public transport routes and tackling congestion, albeit in fascinating new ways. But what really set the winning solution apart was that it went beyond the scope of the challenge to the heart of the issue - the disconnect between the City Council and its citizens. Mydex, the Scottish Community Interest Company behind the idea, decided to focus on creating a dialogue between citizens and services, which incorporated improving public transportation and better understanding how it wasn’t currently meeting citizens’ needs.

Mydex is developing a mobile app, the Inclued platform, that will use data provided by the citizen. To test and refine the platform, Mydex will use two public service schemes that GCC has developed, targeting citizens who are harder to reach. Based on the user’s details and the regularly updated information from the city, the app will then show the citizen a tailored overview of public services they are entitled to. But that’s only the start of the conversation. Users will also be encouraged to share what services they have and haven’t decided to use and why. This will make it easier to pinpoint where public transport is directly responsible for that disconnect. This is one of the benefits for the City Council that the app will provide, in addition to the myriad benefits it offers the citizens. 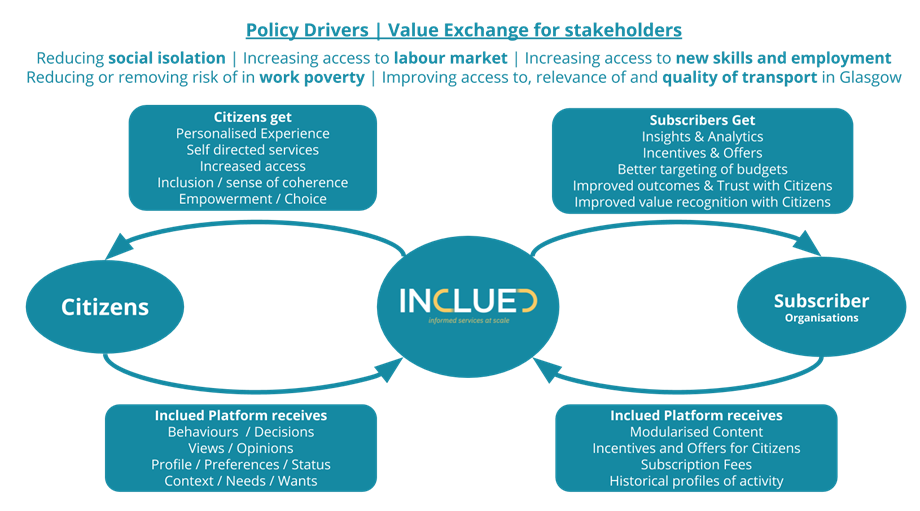 Digital citizen dialogue to optimise the design of public services

By using the private sector’s creativity to develop solutions for public sector problems, GCC opened itself up to a totally new way of working and found a solution that went above and beyond the original outline of the challenge. And the timing couldn’t be better as cities around the world are starting to realise that engaging with many internal and external stakeholders is key to designing successful, sustainable use cases in much greater detail than usual. As James Arnott, GCC’s Principal Officer in Development & Regeneration Services, explained, “we would never have together worked with Mydex on a solution without participating in the CivTech programme”. The BE-GOOD project gave GCC the freedom to get a new perspective on its public transport services. The result is a platform that embodies so much more, connecting citizens with all the public services they need.

If you want to know more about this challenge, watch the video below: