Choose healthier routes for your run or commute

There’s good news for pedestrian and cycling commuters, as well as keen runners. Flanders Environment Agency (VMM) is enabling the incorporation of a very important aspect in routing and recreational applications: air pollution.

Air pollution can cause heart attacks, respiratory problems, decreased lung function and an increase in the severity of asthma in the short term. In the long-term, air pollution can even lead to lung cancer, brain cancer and brain damage, altogether contributing to an estimated >450.000 yearly deaths in Europe. Moreover, the related economic costs lead up to €8 billion based on factors like sick days, healthcare, lost working days and a decrease in agricultural production.

A group of people who are heavily exposed to polluted air, are the daily commuting cyclists and pedestrians who unknowingly breathe it in. To provide healthier alternative routes to their destination, Flanders Environment Agency and IRCEL-CELINE, as partners in the European BE-GOOD project, created an API that can be implemented in routing programmes to show alternative routes, based on the air quality of each route.

The figure illustrates that for 3 route alternatives in Leuven, the route through the city center is 100% of the time a ‘healthier’ option compared to route 2 that follows the city ring of Leuven.

Air pollution can cause similar health effects as smoking

Before we take a closer look at this API, it is worth looking at what exactly these commuters are breathing in.  While CO2 is the most significant gas causing climate change, it is not one of the most important air pollutants even though it can play a role in the formation of some pollutants such as ozone. In Flanders, for example, the most important air pollutants are Nitrogen Dioxide (NO2), Black Carbon (BC), particulate matter and VOCs (e.g. benzene) emitted by traffic (cars and trucks) and by household warming, especially wood stoves. A smaller fraction of the emissions causing air pollution comes from agriculture and industry. Furthermore, some of the pollutants emitted locally can also travel further afield, causing air pollution in other places, and under the influence of meteorological conditions the time  and severity of air pollution can heavily change.

This air pollution can have  similarly adverse health effects as smoking. However, the attitude is completely different. While smoking is being restricted in public places and there is a complete ban on smoking advertising, there are as good as no restrictions on the use of wood stoves or cars; they can be advertised freely, without warnings of the effects of air pollution.

With the model data of high-resolution air pollution models, VMM and IRCEL developed an API which can be implemented in routing applications. It indicates the air quality of the requested route and will suggest similar route alternatives based on difference in air quality.

The API is based on air pollution maps of Black Carbon (BC). According to an analysis by VMM and IRCEL, BC is the air pollutant most correlated with traffic. Many studies state as well that it is one of the most important pollutants in terms of health effects. The model used by the API also considers the poorer dilution of air pollution in streets lined with a lot of high houses, the so-called street canyons. 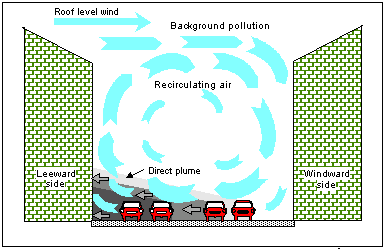 The API’s main focus group are pedestrians, joggers and cyclists who will use it for their daily commute or recreation purposes. Therefore, it can be combined with current existing routing and recreational apps like Google Maps, Strava and Runkeeper where it will incorporate the air quality to the routing or in the application. With the API, VMM and IRCEL are striving to reduce cyclists and pedestrians’ exposure to air pollution, resulting in positive effects on people's health.

Companies who want to implement the API should follow IRCEL’s methodology which is based on comprehensive scientific research. At this point, a demo-application is being developed within the framework of the BE-GOOD project. If you want to stay informed about the API development, contact Bram Vandeninden (b.vandeninden@vmm.be) of VMM.

The coverage of the clean-air cycle route planner was extended to locations anywhere in Belgium. The air quality data in the route has been updated with the latest data provided by IRCEL. The web app is updated to offer more functionality and a sleeker design. Additionally, The web application now allows the routes planned on the web to be sent into the Cyclers mobile application for navigation. You can download the app with this link: https://cyclers.app/